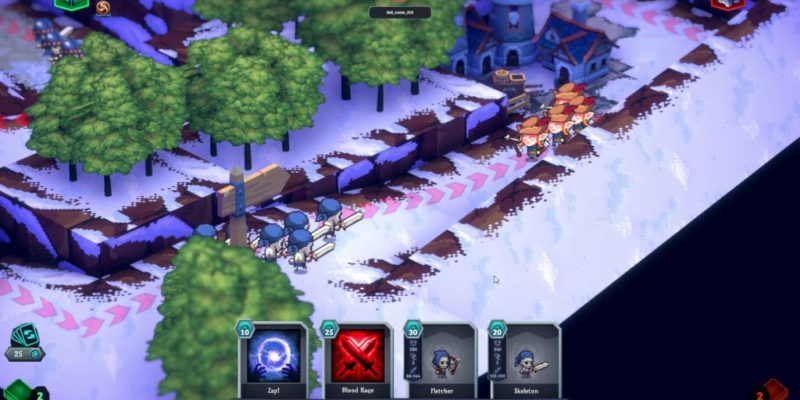 Necronator: Dead Wrong is a micro real-time strategy game with a deck-building twist and a wonderful sense of humor. In the latest trailer, which they’ve presented as a DED Talk, Toge Productions announced the game will be coming to Steam Early Access in February 2020.

If Necronator: Dead Wrong is anywhere near as entertaining as its latest trailer, it’ll be a good time to play. But don’t take our word for it. Listen to the words (and sophisticated graphs) of one of the most powerful beings in the world, according to himself.

Deal with a devil

The Necronator makes a convincing argument. You really are wasted just lying dead in a grave. Plus, you don’t have much else going on. And those Livmor Alliance elves do have an annoying way about them. Even their name is disrespectful to you and every other person that has ever died in the history of time. So, joining forces with a more-or-less god to restore it to its former glory isn’t the worst use of your time. By “join forces,” he definitely means “serve.”

In Necronator: Dead Wrong, you will collect and deploy undead units and build an army to conquer the insufferable goody two shoes of the Livmor Alliance. There are over 20 units to choose from, each with upgradeable powers and synergies.

As the leader of the undead forces who have nothing better to do with their time, you will also have access to a range of unique commanders. These unique units each have powerful spells, as well as their reasons for seeking out the Necronator. You will uncover each of the commanders’ stories by playing through the different narrative campaigns.

In Early Access, Necronator: Dead Wrong will feature just one commander and campaign, as well as the first two tiers of units. The rest will follow mindlessly with the full release of the game later in the year.

You can add Necronator: Dead Wrong to your Steam wishlist until its Early Access release in February 2020. No signatures in blood required.

The Underlords get many changes in Dota Underlords