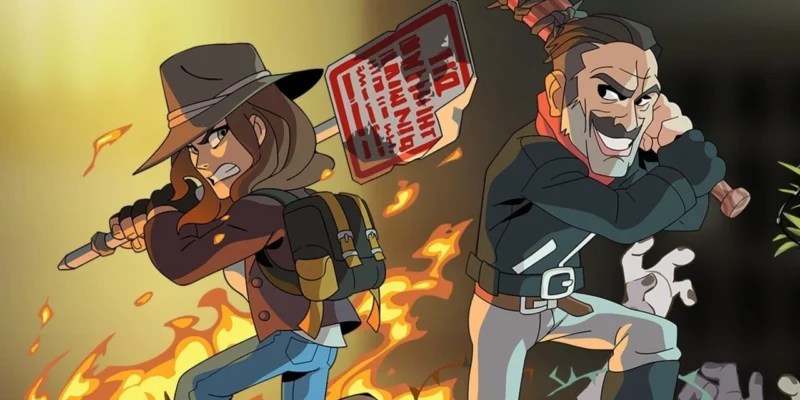 It makes sense that a show as popular as The Walking Dead would cross over into the world of video games at least a few times. AMC’s juggernaut series has seen quite a bit of success in this medium, with the first episode of Telltale Games’ The Walking Dead adaptation, in particular, receiving a lot of praise. Last year’s The Walking Dead’s crossover with Brawlhalla, represents yet another of the series’ successful video game ventures. Evidently, this particular success story convinced Blue Mammoth Games to work with The Walking Dead property a second time, as Brawlhalla added both Negan and Maggie as playable characters today.

As you’d expect, the addition of Negan and Maggie comes with a trailer showing both of them in action. These characters are available as part of the new Brawlhalla x The Walking Dead Part 2 event, alongside Michonne, Rick, and Daryl, all three of whom joined the roster during last year’s crossover event. In addition to the character announcements, Blue Mammoth Games unveiled the patch notes for update 5.12, which just launched today.

The Walking Dead has dabbled in the world of fighting games before the Brawlhalla crossovers. In early 2019, Negan joined the roster of Tekken 7, the latest in Bandai Namco’s successful fighting game franchise, as a DLC character. The inclusions of other guest characters, such as Akuma from Street Fighter and Geese from Fatal Fury, vastly overshadowed the addition of Negan, but fans of both Tekken and The Walking Dead were likely happy with it regardless.

The Negan and Maggie crossover event may not set the world on fire, but at the very least, fans of Brawlhalla have even more content to play around with. The Walking Dead fans may well have a new game to try out too. Both characters cost 300 Mammoth Coins each, so you’ll have to pay to get in on the action.