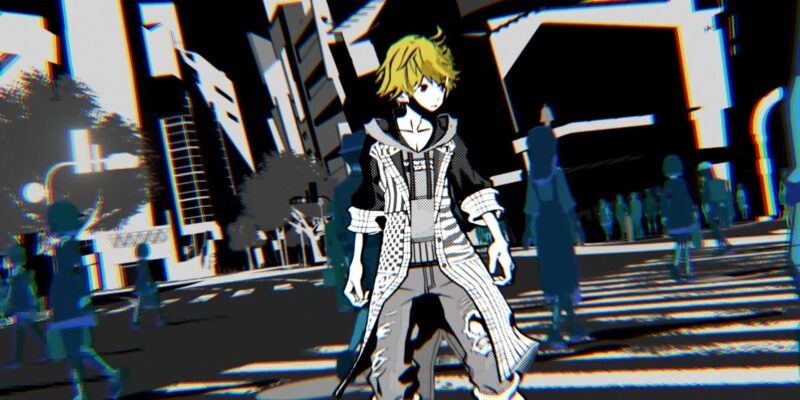 NEO: The World Ends With You launched on PS4 and Switch a couple of months ago. I was surprised when it showed up on PC, honestly. While there’s no way for PC players to have played the original game on this platform, this game is absolutely understandable without prior familiarity, although you’ll miss out on some details. It’s basically part visual novel and part action game, containing a lot of content for anyone interested in collecting pins and running around Shibuya. But the question stands: is NEO: The World Ends With You worth it?

NEO: TWEWY (yes, this is the acronym I’m using) begins with a guy named Rindo as he’s on his way to meet his friend Tosai, in Shibuya. They go and get curry (you can choose whether they get ramen or Indian food) and then walk around. But, they start seeing strange things in the streets as other people battle monsters. Then, a strange man appears on the massive TV overlooking the area. Rindo and Tosai are now taking part in the Reaper’s Game: a multi-day event where different teams are given tasks to complete. If they don’t make the cut, they’re erased.

Players of the first game will have a good handle on what’s going on, as that game featured a Reaper’s Game of its own, but I’m not going to dive into spoiler territory here. Suffice to say, Rindo and Tosai don’t understand what’s going on around them and they have to go with the flow. They end up meeting and partnering up with other “players” who join the team. Only then can they hope to survive by winning the game and coming to understand just what is happening to them.

The story, much like the original, is a major incentive to check the game out. The dialogue and characters are fun, even if the translation clearly takes a lot of liberties with the dialogue, but that’s standard for games like this. You’ll mostly watch the story play out between character portraits, though there are also cutscenes. When you’re not reading these sequences, you’ll be able to run around Shibuya while completing each day’s missions. You can scan the world and reveal things that are unseen with the touch of a button, which is how you’ll get into fights with Noise.

The combat in NEO: TWEWY is similar in spirit to the original game, but it also plays totally different, as an action game this time out. You have characters on your team that you can equip pins to. Pins are dropped by Noise and can be leveled up. Buttons correspond to the psych skills granted from equipping pins, so even though you’ll only be able to move and evade with one character at a time, you always have control of your teammate’s attacks.

Battles are so much fun, though. They’re almost like a rhythm game. The general flow is that you hit an enemy with one psych ability to get them into beatdrop. If you hit them with a different psych ability during this window, you’ll get points added to your groove meter. Once that’s at 100%, you can massively increase your attack and dole out some serious damage. Honestly, the combat is worth the price of admission alone, so the story being as good as it is makes this a very easy game to recommend, even to people who haven’t played the first game. So, yes, NEO: TWEWY is very much worth it. 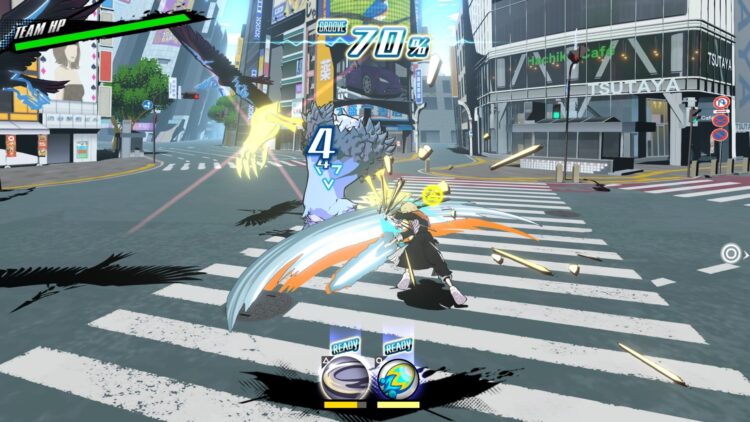 Aeon Drive review — Race against myself