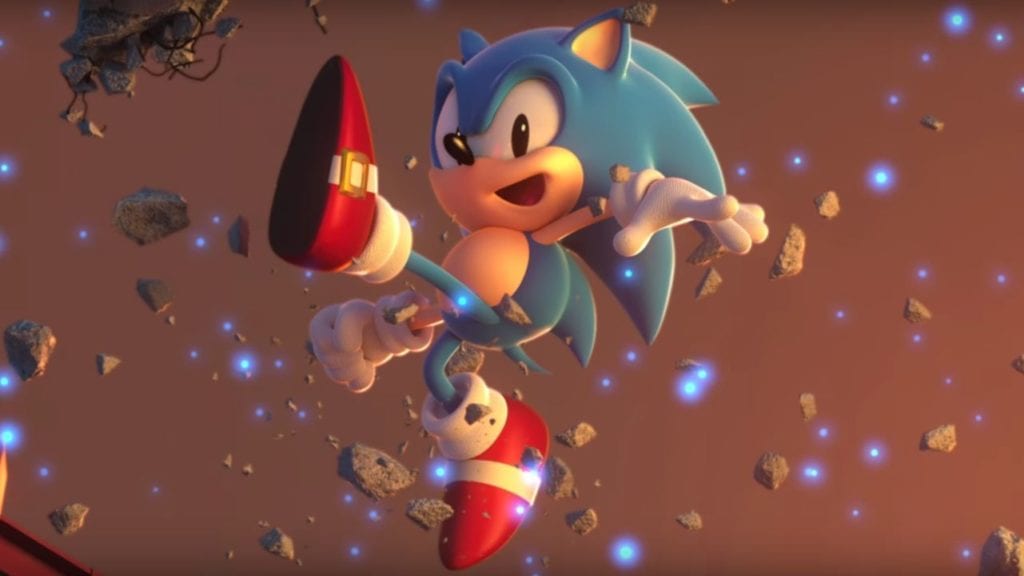 Following a December leak, not a quill was seen regarding the new animated Sonic the Hedgehog show coming to Netflix. The original tweet went live on December 10, which led some to believe there would be an announcement during The Game Awards later that night. However, the tweet was pulled, and neither Netflix nor Sega said anything else. Today, however, Netflix finally popped the lid off the capsule. Sonic Prime is heading to Netflix in 2022, with the creators of Ben 10 behind its development.

Since today’s tweet hasn’t been pulled, it’s safe to assume it’s not another leak. The Netflix Twitter account wrote, “Yes, it’s true! SEGA’s legendary video game icon Sonic the Hedgehog will star in a new animated series…” Netflix confirmed that studios Wild Brain and Man of Action are behind the production. The tweet also dropped Sonic Prime‘s logo, with cracked Sonic text and, I don’t know, some kind of opal for Prime. It’s okay.

The timing of the reveal is interesting, considering the English voice actor for Sonic announced his departure last week. Roger Craig Smith, who has voiced Sega’s blue blur revealed that he left after more than a decade of playing the role. It’s not clear yet who will voice Sega’s mascot in Sonic Prime. It can be speculated that it will fall to Ben Schwartz, who lent his voice to Sonic in last year’s film.

Yes, it's true! SEGA’s legendary video game icon Sonic the Hedgehog will star in a new 3D animated series from @SEGA, @WildBrainStudio and @ManOfActionEnt premiering on Netflix in 2022. pic.twitter.com/ydJto8c8i8

Sonic Prime is coming to us from Man of Action Entertainment and Wild Brain. Man of Action is behind the fairly popular Ben 10 cartoon franchise, which is still ongoing. Wild Brain has produced a couple shows for Netflix, with its most recent being Carmen Sandiego. Both studios have produced some decent shows over the years, so it’s probably safe to assume that Sonic Prime will do well.

But it will feel odd not hearing Smith’s voice as Sonic. Those are some big, red shoes to fill.

Monster Energy Supercross 4 preview — Get on your bikes and ride

Power your tiny gaming desktop with this 1,000W PSU from Silverstone