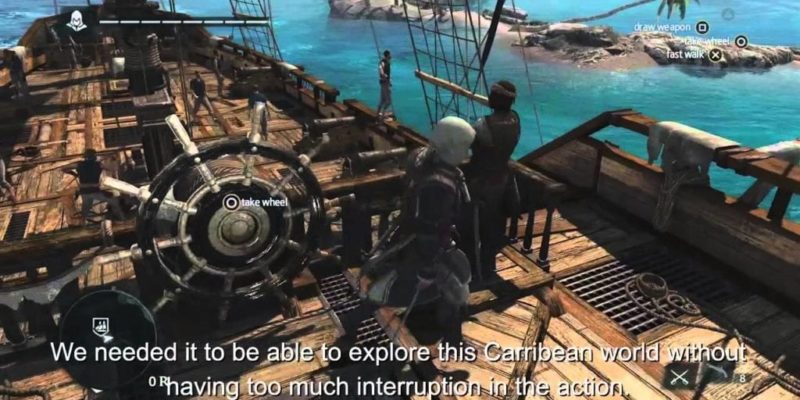 There’s a new narrated trailer out for Assassin’s Creed 4: Black Flag that shows off 13 minutes of straight gameplay, and is marred only by the fact that it looks very similar to a previous narrated gameplay trailer.

It’s not identical, but a lot of what it shows will seem pretty familiar. It begins with Edward taking an assassination contract to kill two brothers, and seamlessly transitions to a naval chase when the second brother flees and boards his ship to escape (although it is entirely possible to kill him before he gets there). From there, Edward spots an uncharted location, with narrator Ashraf Ismail commenting that the team are trying to make sure there’s always something interesting to do nearby. Then we’re into a storm, before finally exploring a Mayan Temple. Which is sort of similar to what we already saw here.

Best new feature? Sea shanties are collectibles, and will form a “playlist” for your crew while out sailing.

You can check out the trailer below. Assassin’s Creed 4: Black Flag is out late October/early November on console, but hahaha the PC version is of course coming out later. Probably because of piracy concerns. Which is sort of ironic when you consider the theme of the game.