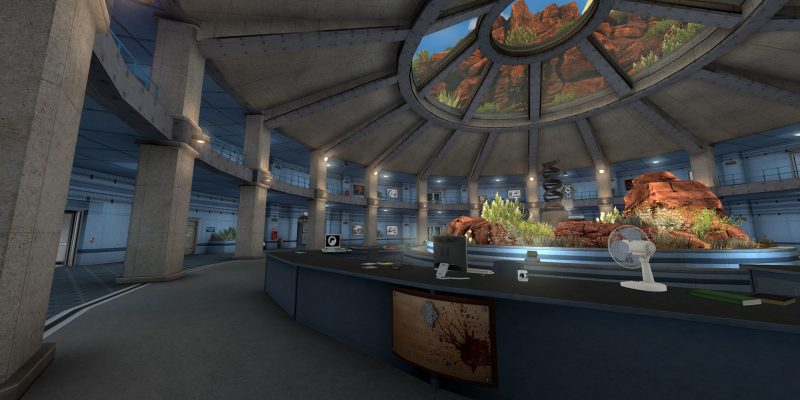 When Black Mesa released, it let players relive the adventure of Half-Life but with a brand new look. While the Black Mesa facility itself looks fantastic, the Crowbar Collective team put a ton of hours into remastering Xen, the game’s final area. Xen is an alien dimension, and one of the most reworked areas in Black Mesa. To show off the hard work that was put into it, Crowbar Collective has made a workshop mod for Black Mesa that shows off the different forms Xen took before being completed.

The mod was announced via a blog post on the Black Mesa Steam page. In it, the Crowbar Collective reveals that players can download a Xen museum mod. This museum lets subscribers tour through the early work-in-progress versions of Xen. The mod also includes some Xen maps that never made it into the final version of Black Mesa. Players exploring the museum will find it divided into three different hubs: Xen, Gonarch, and Interloper. Between all of them, there are over 56 maps in total, but keep in mind they’re all works-in-progress. Expect to find a lot of jankey-ness and junk in these alien landscapes.

To pick up the Xen Museum mod, simply head to its Steam Workshop page. Once you’re there, all you have to do is hit the big green “Subscribe” button. The mod will download and install itself, and you’ll be able to access the museum.

If you don’t have Black Mesa yet and have been thinking about picking it up, now’s a great time to. The game is in the middle of a Steam sale that has cut its price in half. Usually just $19.99 USD, an already fairly low cost, Black Mesa is currently sitting at $9.99 USD. If you want to pick the game up soon, there’s no rush. The sale lasts until May 2. Is affected FOV worth using in Call of Duty: Warzone?