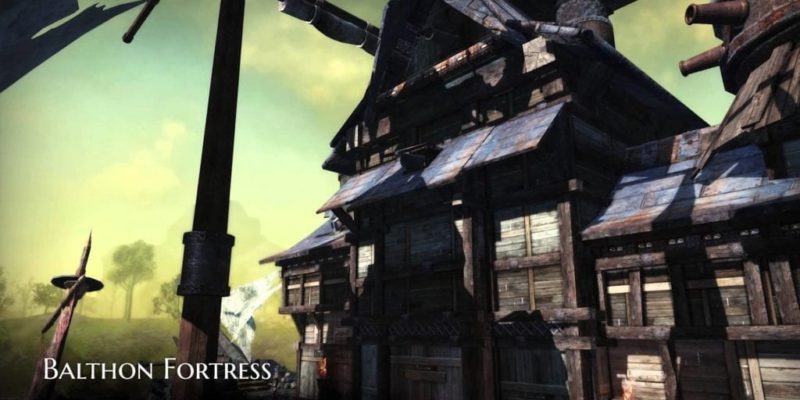 Dragon riders and players of the fantasy MMORPG Dragon’s Prophet are now confronted with a great new quest: The new content patch marks the unveiling of the mountainous region of Porthis. Due to the steep, inhospitable terrain, the region’s major settlements are restricted to the plateaus, which are inhabited by humans as well as treants, a legendary tree people allied with the Kurians. Besides the two enthralling adventure dungeons, Bladeguard Underpass and Moran Cavern, this region also contains a mighty boss monster in the open world. Another highlight, the hidden Immortal Paradise, can only be found by players with a true hunter’s instinct. This fly-through video provides an overview of Porthis:

The stony path that draws through the entire region leads from the city of Oraville to Bladeguard Underpass. This secret passage was once used by the locals to hide from dangers and was thus equipped with numerous trap doors and storage rooms. However, when this shelter could no longer hold off the invaders, it was occupied by enemies. Now, Zekriloth the Damned is hiding deep inside the tunnel, causing a dark aura to envelop Skeleton Hill.

Before brave Osirans enter the second adventure dungeon, Moran Cavern, they will have to tackle the Immortal Paradise with its guardian Misturn the Undying. Its entrance, covered with giant rocks and ancient tree roots, is well hidden in the north, near Cinyorin Orchard.

Lined with gnarled old roots, Moran Cavern is a sinuous network of caves once used as a hideout. Through the influence of the revived Kronos, many of the dragon eggs stored here have begun to hatch, spawning Doom Dragons. One of the first among them was Desolar the Tyrant, who has already grown to an impressive size and become their leader. He is the one that heroes will have to face in the final battle.