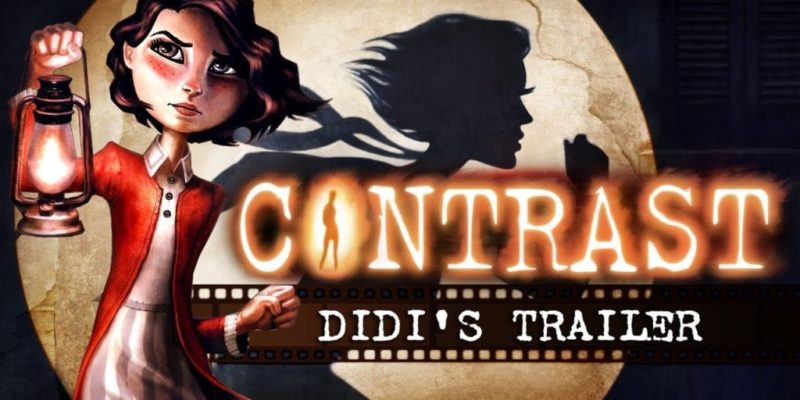 Of course if there’s a dragon-shadow around this skill isn’t quite so helpful.

Compulsion and Focus have released a few new screenshots from 1920’s-themed, shadow-play platformer Contrast, depicting characters Dawn and Didi at the circus and in a workshop belonging to a magician named Vincenzo. Dawn is Didi’s imaginary friend, which appears to give her the handy ability to interact with shadows as if they were solid. That’s rather helpful for getting around the place.

The circus is being promoted by Johnny (Didi’s father,) but he’s made some kind of dodgy deal and desperately needs Vincenzo as a headliner or he might be in a spot of criminally-organised bother. Meanwhile, Didi’s mother Kat is out headlining at the Ghost Note club.

If you missed the latest trailer from back in August, it shows some of Dawn’s shadow-hopping talents and should give you a reasonable idea of how the main gameplay hook works. New images follow after that. Contrast is said to be “coming soon.”