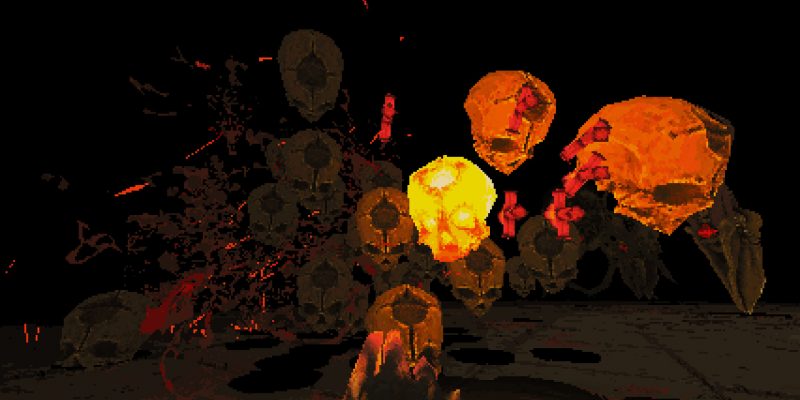 When it comes to the first-person experience, you have the ever-popular military aspect covered with the likes of Call of Duty. However, when you are looking to survive against the odds in a gothic world, there is no better representation of that than 2016’s Devil Daggers. If you did not know, there was something called Steam Greenlight back in the day, where games were not guaranteed to release, even if they were working. Greenlight marks a stark contrast to the modern Early Access program of today. Fortunately, Devil Daggers was one of those that made it, and its attraction is quite straightforward. It is hard as nails, and players love it. Now, a new anniversary update for the game has added a new dagger for Devil Daggers, and players have something new to chase.

Developer Sorath released a new patch to commemorate the game’s fifth anniversary. It brings a couple of things, but the main focus is on quality of life features. Players will now be able to scrub to any part of their replay, with added stats and graphs added to replays as well.

Performance should also get a bump, as optimizations have been made throughout the game. Certain instances will benefit from five times better performance.

Of course, the real attraction of the new Devil Daggers update is the new unique dagger. It is beautiful to look at, but it is likely few will ever get their hands on it. The new dagger is a reward for surviving 1,000 seconds at least in the game. The team over at Sorath is crazy.

Yet, if you go over to the leaderboard, there are indeed players who have managed the feat. At least 47 people globally have done it. The current leader, axe, has survived for 1136.7615 seconds. I bow to these gods of gaming.

The full patch notes note plenty more technical fixes that have been implemented with the new Devil Daggers update. Be sure to catch up before you try your hand at one of the hardest games on PC.