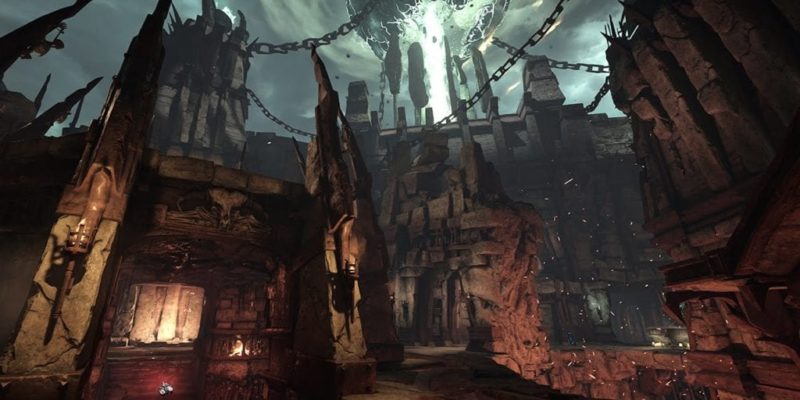 With DOOM now out the door, id are working on enhancing the game further. At the Bethesda event this evening they reiterated their commitment to the game with free updates to SnapMap with new construction modules, props, weapons, objects, and items – including Hellscape stuff.

The DOOM action won’t stop there, however. There’ll be new game modes including a one-flag variant on Capture-the-Flag called Exodus, and a new multi-zone capture-and-hold mode called Sector. This summer will also bring three free-for-all modes including Deathmatch. These will all be free.

Unto the Evil DLC is also arriving which comes with three new multiplayer maps called Offering, Cataclysm, and Ritual; as well as a new playable demon called The Harvester, a new gun, new equipment items, new armor sets, and new taunts. Watch it all in the video below.