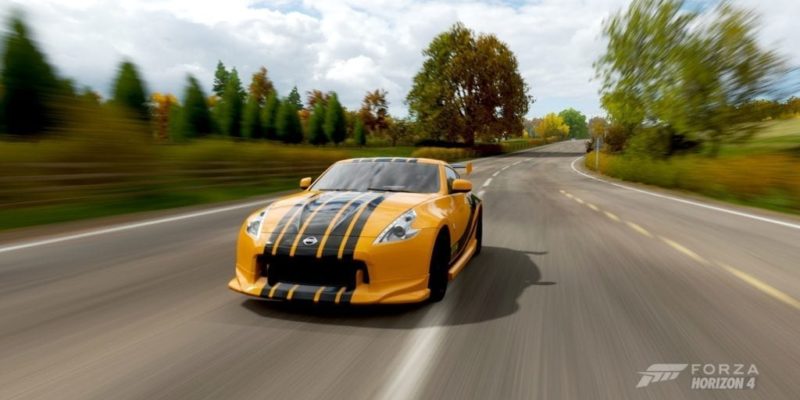 Games getting updates is pretty commonplace these days. In fact, in most cases, it’s almost strange if such a thing doesn’t happen. Often times, these updates turn out to mostly consist of content additions. It’s neat that developers can still regularly supply of new stuff well after a game’s initial release. But, what happens when the situation is reversed? Well, that’s what Forza Horizon 4 players are finding out right now after the recent January update.

The new update just launched on the 15th and included a slew of new stuff, like the return of Mitsubishi vehicles (looks like Playground Games finally got the license back). At the same time, this update has also removed content, though it’s a rather unexpected redaction: dance emotes. Forza Horizon 4 is the first entry in the sub-series to allow you to fully customize your Drivatar beyond just their appearance. Additionally, players are also able to select emotes which play during loading screens as a fun way to pass the time. They also play after getting a podium finish in a race. So, why are some being removed? Well, to make this situation even weirder, you can blame Fortnite.

Dancing Up a Storm

Some stars have taken legal shots at Epic Games’ Fortnite for copying their dances and incorporating them into the game without permission. This has sparked a pretty massive controversy, as the act of filing lawsuits against dance moves is kind of unprecedented. Two dances in particular are ‘The Carlton”, from Fresh Prince of Bel-Air’s Alfonso Rubiero and the “Floss” which was originally known as the “Backpack Kid” dance after it was first shown off by one of Katy Perry’s backup dancers. Both of these dance moves predate Fortnite, but their inclusion in the game made them exponentially more popular, leading some fans to trace the roots of said dances to that game rather than the original source. For some reason, the popularity of dance emotes in Fortnite have sparked many other games to adopt them too, such as Forza Horizon 4 which happened to feature both of the aforementioned dance animations.

While it’s unclear if Alfonso and ‘Backpack Kid’ have also threatened Playground Games, what’s more than likely happened is that the removal of these dances was done as a preemptive move to get out of harm’s way.