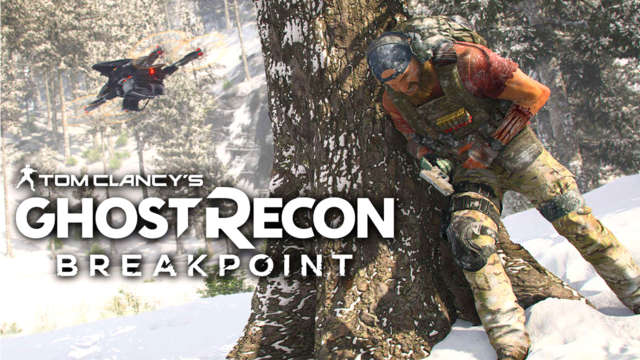 Ubisoft first announced Ghost Recon Breakpoint shortly after some leaks back in May. It was also announced as an Epic Games Store exclusive. As the game approaches release on Oct 4, Ubisoft released two new trailers today. These feature no gameplay, but instead offer an immersive glimpse into the world of Breakpoint. The videos take place from the perspective of Skell Technology, the all-powerful corporation behind the security drones gone rogue that you’re up against as you start Breakpoint.

The first trailer, which you can see below, acts as a recruitment video, inviting you to join Skell Technology, the corporation that was founded by Danish engineer Jace Skell. It’s one of those advertisements from corporations where they show their ambitions to fix the world’s problems through technology. Skell’s technologies include a Skell Pollinator, a Skell Farmer, a Skell Doctor, and so on. The Doctor and the Pollinator are both drones. It looks almost like a parody of Amazon and its recent use of drones.

The second trailer gets into the Drone Threat that you will face in the game itself. It’s the darker side of Skell Technology’s use of drones, equal parts Skynet and Amazon. The video shows a Skell Technology employee logging into a computer and using an Audio to Text Converter to broadcast a message. The employee, a machine learning engineer, tells the audience that Auroa, the fictional island where Breakpoint takes place, is not a paradise. Instead, Skell Technology is “summoning the devil with their innovations.”

Ubisoft also launched the open beta for Breakpoint today, and it’s scheduled to run until Sept 29 at 15:00 BST. So if you’re hoping to give it a shot, you can sign up here.

Code Vein – Quick tips to get you started

Code Vein – Where is the goddess statue?