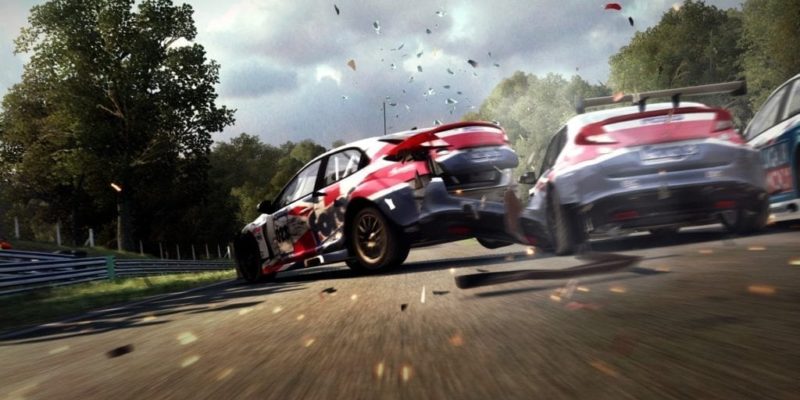 Today Codemasters revealed a new video showcasing the Touring Car discipline, one of the five unique styles of racing set to star in the game’s new world of professional motorsport.

In the video, gameplay footage of GRID Autosport’s Touring Car discipline shows how this famously competitive style of racing will be experienced in-game. Cars go head-to-head in robust packs, with drivers trading paint and crashing out as no quarter is asked, nor given, out on the track. The video also features Touring Car racing drivers explaining what players need to succeed in this discipline, including 2013 BTCC Champion Andrew Jordan from Pirtek Racing, Team Dynamics’ Matt Neal, and Motorbase Performance’s eight-time touring car title winner Fabrizio Giovanardi who comments, “You need to be fast, you need to be clever – it’s a fighting race, not just a speed race.”

Touring Cars was a popular style of racing from Codemasters’ classic TOCA series and to bring this style of racing into GRID Autosport, Codemasters has consulted with drivers to authentically recreate the handling of the cars and bring alive this unique racing experience. Matt Neal, three-time winner of the BTCC and one of the drivers who has lent his expertise to the Codemasters development team, explains the enduring appeal of this style of racing in the video, “It’s the cut and thrust, it’s the physicality of it all, getting your elbows out and getting stuck in. You need to know when to be aggressive at the right point and you’ve got to be very wary of who you’ve got around you.”

Touring Cars represented in the game include both modern and classic cars. Contemporary examples include the Honda Civic Touring Car, Ford Focus ST Touring Car, the Holden VF Commodore and its rival the Ford Falcon FG plus many more. Classic content includes the Nissan 1991 (R32) Skyline GT-R Group A and the Ford Sierra RS500 Cosworth Group A, two cars which fought out dramatic battles on track, plus the MINI Miglia and more. Touring races are held on the game’s real-world circuits, including the world famous Brands Hatch and Bathurst tracks, and offer players truly dramatic, immediate and intense racing.

In GRID Autosport’s huge career, gamers will specialise in their favourite racing discipline or conquer them all; players will feel the aggression of the pack in Touring Cars, manage tyre wear and race into the night in Endurance events, race Open-Wheel cars with precision, show car control in Tuner events and react on the fly in Street races. Each unique category features series dedicated to different classes, including Touring Cars, Hypercars, Endurance GT Cars, Prototypes, Single-Seaters, Super Modified vehicles, Drift cars and many, many more. Bursting with content, GRID Autosport features over 100 routes across 22 incredible locations and the world’s most exciting contemporary and classic high-performance racing cars to collect, tune and upgrade.

GRID Autosport is set to ship on 24th June in the USA and release on June 27th in Europe for Xbox 360, Steam and PlayStation 3. A limited edition of GRID Autosport featuring exclusive additional content including the Mercedes-Benz SLS AMG Coupé Black Series Car, GRID Autosport Black Edition, is available to pre-order from GAME in the UK.