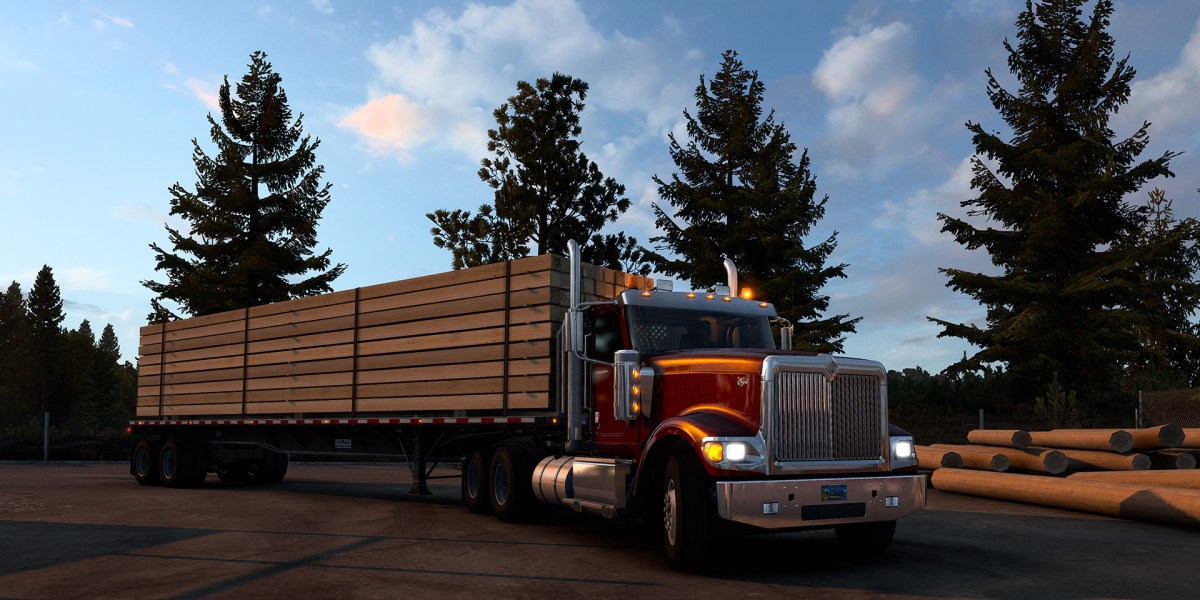 Out of the blue, SCS has introduced a brand new big rig for the roster of American Truck Simulator, the shiny new International 9900i.

The new semi is a very modern rendition of a classic design, with the first 9000 series launching all the way back in 1971. Production ended in 2017, with the International ProStar and the LoneStar succeeding it. The latter of which has appeared in American Truck Simulator already for quite some time now.

New wheels for a new day

The interior of the 9900i is very reminiscent to trucks of old, sporting round analogue-style gauges and a beautiful wooden finish.

SCS built the 9900i “with all your needs in mind,” offering an all-round solid mix of “style and performance.” It packs a punch with its Cummins ISX engine, and yet it only needs to take a few sips of fuel at a time as it steams down the highway, even when under heavy load.

SCS outfitted this virtual rendition of the truck with “an array of configurations including classic day cabins, sleeper options, air filters configurations, exhaust options, interior cab options and a variety of exterior and interior accessories.”

As is the case with all official trucks released by the SCS team, the new International 9900i is a completely free download for all owners of American Truck Simulator. All one has to do is locate one of the various International dealers scattered around the map. From there, you can buy one with in-game currency, assuming you’re already at a high enough level.

Just as American Truck Simulator‘s official vehicle roster is growing, so is its map size. The next expansion, Montana, is currently in production alongside Texas (which is a little further off). So, hopefully within the next few weeks (or months?), players will be able to pair the shiny new International with the freshly paved virtual road network of the new map. How to get Huntmaster Saber’s Mythic Thermal Rifle in Fortnite Chapter 3: Season 2

An alpha version of Steam has released for Chromebooks