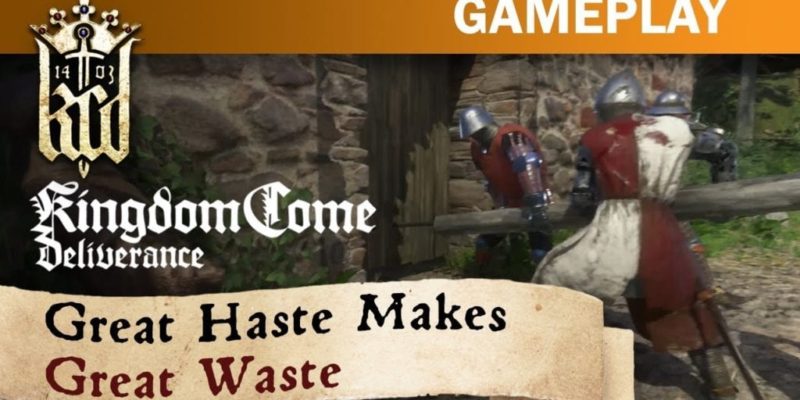 A new video for Warhorse Studios’ Kingdom Come: Deliverance shows more of the gameplay. This video takes you on a journey to infiltrate a bandit camp which involves smacking a knight around a bit, riding a horse and taking on some “nob-heads”.

On reaching the camp, players need to scout around the camp avoiding bandits and then switching gear to become more stealthy. In other words, the ninja outfit. To finish proceedings there’s a group battle with audio that sounds like there are more people fighting than there actually is which is weird.

The combat looks a little static and not very fluid but the game’s not out until 13 February so perhaps there’s some tweakage to still to be done.