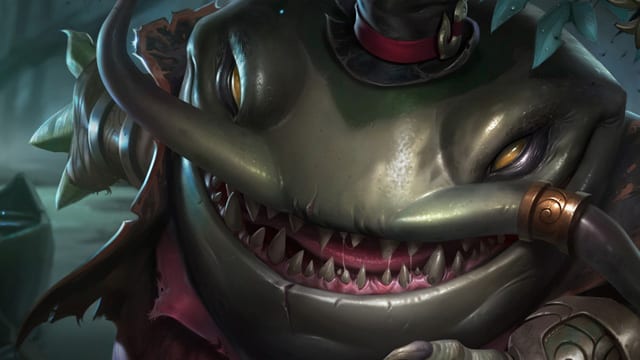 Riot’s latest League of Legends champion has been named and revealed as Tahm Kench The River King.

This slimy looking chap is a support character who’s primary role is to make sure his buddies stay safe while they farm. His abilities also mean he can tank in a solo lane and has some pretty nifty abilities. His W ability devour serves as both enemies and foes depending on the situation. Minions and monsters can be swallowed and spat out at a target, allies can be swallowed whole making them immune from damage which also grants a speed boost, and enemies can be swallowed once he’s stacked three  “An acquired taste” on them.

There’s a skill demonstration video up on the League of Legends site if you want to see all his skills in action and also read more about the chubby gobbler.

In related news, the 5.12 patch notes have also been posted highlighting upcoming changes.