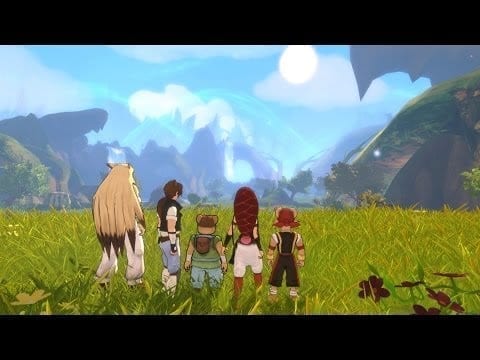 Shiness is the story of a universe born from the imagination of Samjin Rebib when he was only 9. He grew up drawing a manga based on that universe. And then he met Hazem Hawash, a web developer who quickly understood that they had to make a Role Playing Game adaptation out of it. Out of this human and professional meeting, a fantastic project was born: Create a high-standard, high-quality J-RPG in France, with tenacity and pugnacity as only resources. The two friends then created the development studio Enigami, and for 3 years now, fifteen people have been working for free to make this dream come true.

Shiness is bringing a new Role Playing Game experience using one of the best technologies (Unreal Development Kit) thanks to its unique battle system which is very close to Naruto Ninja Storm games. The player will have to choose how he wants to solve every quest of the game bearing in mind that it will affect his reputation. He is also invited to read the comic book to find some more clues.

Shiness is looking to make you explore a lush, rich universe, full of mysteries and antique legends. Though it was inspired by classic titles such as The Legend of Zelda, Final Fantasy or Xenoblade, Shiness create its own mythology. The game also features an original fighting system in which the player controls one character in a closed arena, but can switch freely to one of the two other characters who stand outside of the arena, and whose actions depend on how the player customized them.

Unlike classic turned-based Role Playing Games, this new game will offer you action every time you play and it will make your head spin!

Shiness’ rich universe, original and deep game play, and its substantial scenario is the realization of years of hard work, sacrifices, and unconditional love, coming from a true passion for Japanese RPG.

The game is planned for PC and Mac OSX and for PlayStation 4 and Xbox One pending approval from Sony and Microsoft, will release in Q1, 2015, and features approximately 20 hours of solo adventure mode gameplay and infinite for the online mode.

You can follow the project on their website page but also watch the trailer that is on Kickstarter.