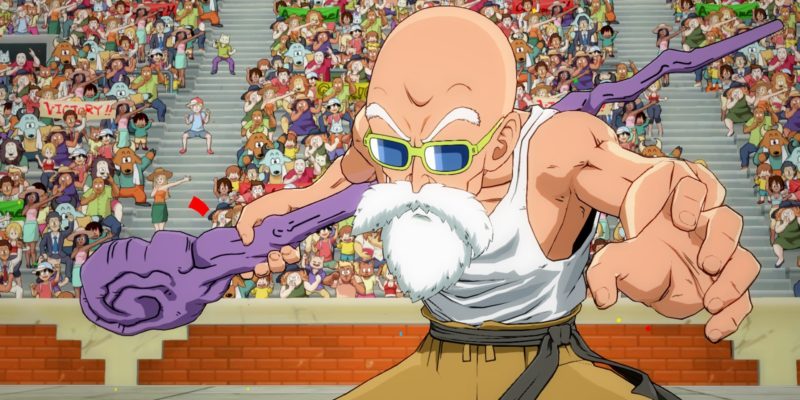 Today is a big week for fans of Dragon Ball FighterZ. We’re not only getting needed balance changes, but a brand new DLC character. That character is, of course, Master Roshi, who gets a new trailer showing off even more moves we haven’t seen before.

In this trailer, we see a couple of new abilities that provide some insight into how the Turtle Hermit will play. Roshi actually stays buff for a couple of his moves. And we see the Sleepy Boy Technique used against Yamcha that can crumple a blocking opponent. We also see more of Roshi’s “leaping techniques” that replace his super dash. He uses an energy blast to rocket himself off of the ground and follow the opponent into the sky for an extended combo, much like a normal super dash does. Lastly, we got a look at what Roshi’s alternate colors will be, as well as his emote and lobby avatar.

One of the biggest concerns for Roshi was his lack of a super dash. A universal mechanic that every other character has, not having the dash would severely hurt his viability. In a way, it appeared to be a shortcoming akin to Videl, who has a dodge as opposed to a reflect move. As we can see here in this new trailer though, the leaping technique will function similarly to a normal super dash. Since Roshi’s leap seems functionally similar to a super dash, he might be okay. It also looks very similar to GT Goku’s Reverse Kamehameha, and we all know that character certainly doesn’t have any viability issues.

The original master of the Kamehameha

The new patch notes that go into effect when Roshi launches are pretty significant. It affects many characters, offering some much-needed buffs. Unfortunately it doesn’t appear that Ultra Instinct Goku, one of the strongest characters in the game, will get nerfed. Even more unfortunate is that Bardock’s B-assist, the best in the game, also won’t see any nerfs. It’s an odd decision by Bamco, considering that this patch was supposed to mostly affect assists in the first place.

Master Roshi releases on September 16 if you own the season pass for Season 3, and for everyone else two days after. Next week we will have a brand-new guide available for Master Roshi covering his moves and overall gameplay, so please look forward to that. 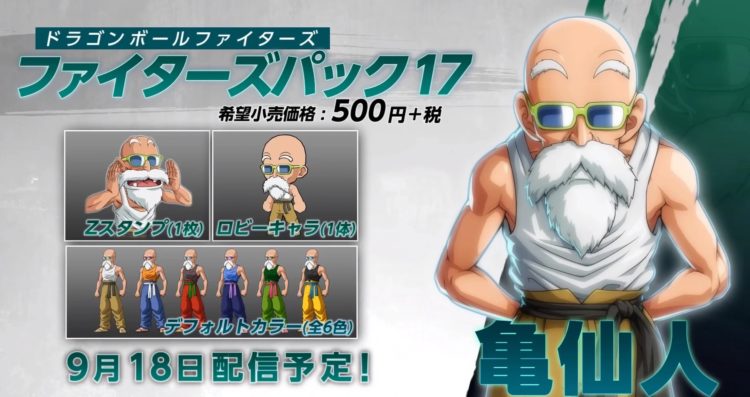