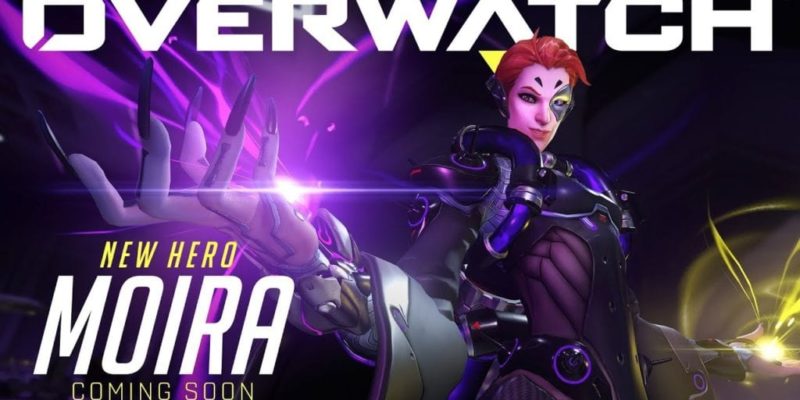 Overwatch is a big deal at Blizzard 2017 and the development team revealed the new content coming to the shooter.

The next new hero is Moira, a highly mobile support healer that can dish out a load of damage. Blizard has already launched the hero page for Moira which details her skills.

Moira’s biotic abilities enable her to contribute healing or damage in any crisis. While Biotic Grasp gives Moira short-range options, her Biotic Orbs contribute longer-range, hands-off damage and healing; she can also Fade to escape groups or remain close to allies in need of support. Once she’s charged Coalescence, Moira can save multiple allies from elimination at once or finish off weakened enemies.

The other piece of Overwatch news from the opening ceremony is a new themepark styled map called Blizzard World which features all their major franchises in one location. The map is part assault and part payload and it will be going live early 2018 and will be on the PTR soon.