Razer has announced a new update to its Razer Cortex software suite. The service promises hardware boosts to the games that you launch from Steam, Origin, or Battle.net. The version 9.0 update also promises CPU prioritization, essentially killing background tasks that bog down usage. Another feature, Instant Game Deals, will hunt down sales and discounts for items that you’ve added to your wish list of games. 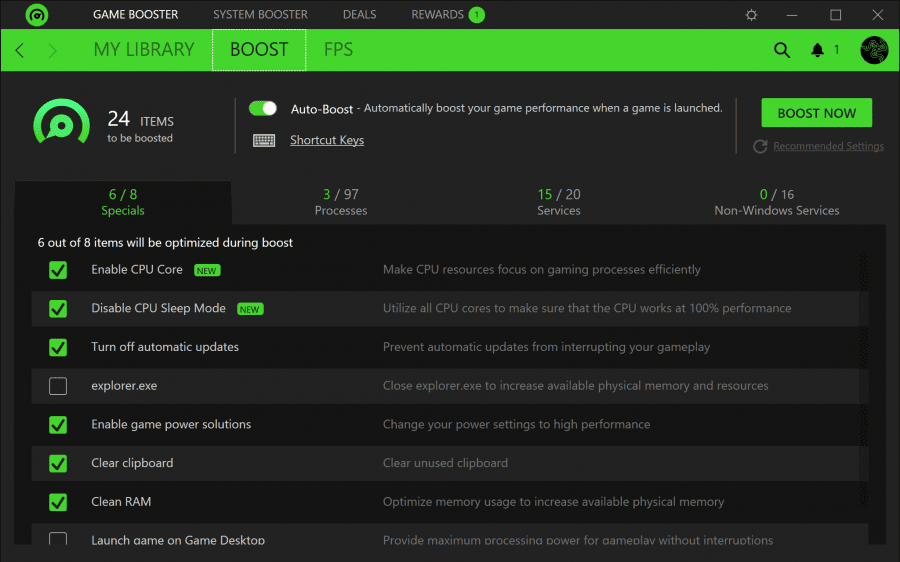 You can now download the Razer Cortex software from the Razer site if you do not own it already. Once you’ve downloaded the update, you will be prompted to log in. The cleaner and optimization options are readily available in the dashboard.

The Razer Cortex software was released back in 2016. Other features of the evolving software suite include launching your games directly from the console and tracking rewards from Razer.