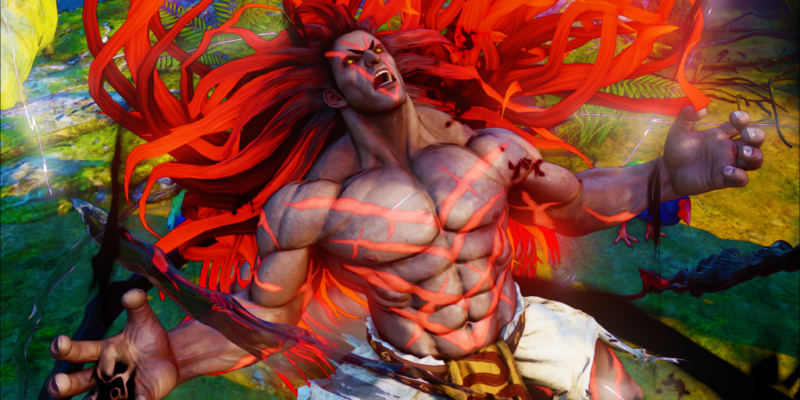 Capcom has announced yet another character character to the Street Fighter 5 roster. Going by the name of Necalli, he was shown for the first time at the EVO 2015 event at the weekend.

Hailing from a mysterious background, Necalli utilizes a wild, animalistic fighting style to brutalize his opponents. There’s no finesse here as all of his attacks have been forged through the heat of battle to inflict maximum pain upon his opponents. However, beneath the surface of the crazed warrior lies a hidden genius that is unleashed upon V-Trigger activation. Players who enjoy a straight forward,  hard hitting character will feel right at home with Necalli, as he possesses a wide variety of savage, close range attacks, as well as a command grab, all with the goal of demolishing his foes.

Before you check out all the Necalli media below, there’s also something rather important announced regarding future DLC and currency.

That’s right; Street Fighter V will be the first iteration in the franchise where it is possible for dedicated players to earn all gameplay related content (such as characters) for FREE, simply by playing the game.  Long gone are the days of forced Super and Ultra upgrades! Enjoy free balance updates as soon as they become available, and find and choose the post-launch characters that you want to get.

Speaking of characters, Street Fighter V will launch with a core roster of 16 playable characters, with 4 of them being brand new fighters to the Street Fighter universe. Post-launch, we will be adding new characters to the roster on a continuous basis, which will provide new content for players to enjoy. Again, every post-launch character released will be earnable for free through gameplay!

This change of direction with DLC is to keep players engaged and also means that future iterations of Street fighter 5 (like Ultra Street Fighter IV, which came after Street Fighter IV) would not have to be purchased again.

Capcom will continue to fund the game with “Fight Money” and a new currency called “Zenny”. You can read more details on this over on Capcom’s page.