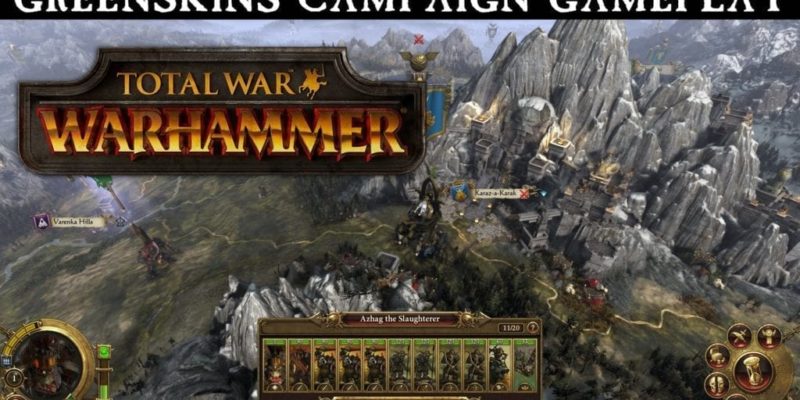 Creative Assembly decided to unveil an awesome detailed 3D campaign map from the upcoming Total War: Warhammer. In this new gameplay trailer, you will be able to watch a complete gameplay walkthrough of the Greenskins Campaign in about 16 minutes. The game director Ian Roxburgh seemed to be excited about the final output:

“Fans of both Total War and Warhammer have been desperate to see what kind of slant we’ve put on the campaign map design for Total War: WARHAMMER (…)

“We’ve gone to great pains to ensure we bring the hugely popular, lore-detailed world of Warhammer Fantasy Battles to life with the most detailed and graphically impressive campaign map we’ve created to date.”

Orcs, goblins, dwarfs, vampire counts and humans will battle for their spots and each of them will play very differently, making each faction more unique. The whole mechanic should encourage players to do more replays of the main campaign.

Fans of the game will be happy to see Bretonnia and Mousillon the Cursed City come to life in, especially in the in-game environment of the Total War series. Fantasy worlds should have an excellent world map, an epic cartography and the developers seem to put a lot of effort into recreating the whole world in the best possible way.

You should definitely have a look at the full campaign trailer below in order to catch up all the important details from its very informative commentary: