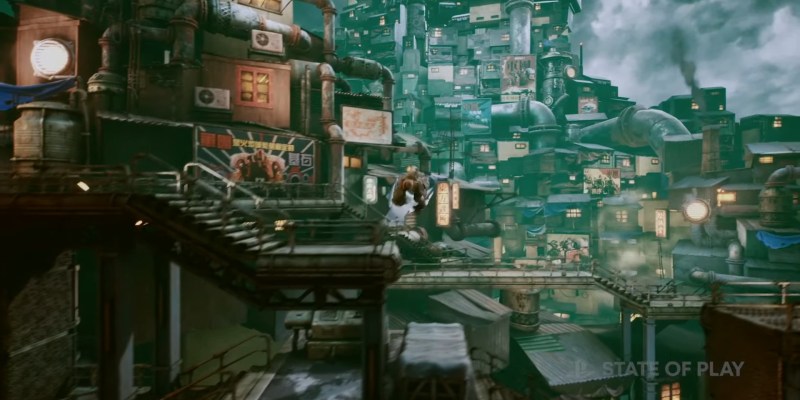 When developer TiGames first introduced FIST: Forged in Shadow Torch, the game immediately stood out. The concept of a cybernetically-enhanced rabbit fighting his way through a grungy, dieselpunk world seemed too good to pass up, and it helped that the trailers and gameplay footage appeared to really do the idea justice. Today’s PlayStation State of Play event showed off a brand-new trailer for FIST: Forged in Shadow Torch, bringing along a PC release date of September 7. The game continues to look as impressive as ever in with this fresh gameplay footage.

The trailer featured more of the stylish action that made the game’s earlier trailers so intriguing. Viewed from a side-scrolling perspective, the gameplay showed the rabbit protagonist juggling enemies with flashy combos not dissimilar to those that one would perform in a Devil May Cry game. In addition to punching enemies with a cybernetic fist, the rabbit can also switch to a drill to vary up his combos. Large bosses assault the protagonist with intimidating bullet patterns, which give a brief glimpse into the formidable challenges players will have to overcome.

According to the Steam page, the game’s basic premise sees the Machine Legion colonizing Torch City and forcing main character Rayton into seclusion. Rayton steps up to do battle against the legion after his friend gets forcibly arrested, and he ends up in the middle of “a bigger scheme between the mafia, the rebellion, and the legion.”

Everything about the game looks promising, and the new trailer will likely cement that sentiment for those interested in playing it. Although players have known about the game for a while, it still sticks out as one of the more striking games shown off at the State of Play. And with FIST: Forged in Shadow Torch approaching its release date of September 7, players will get to see whether it lives up to its premise very soon.