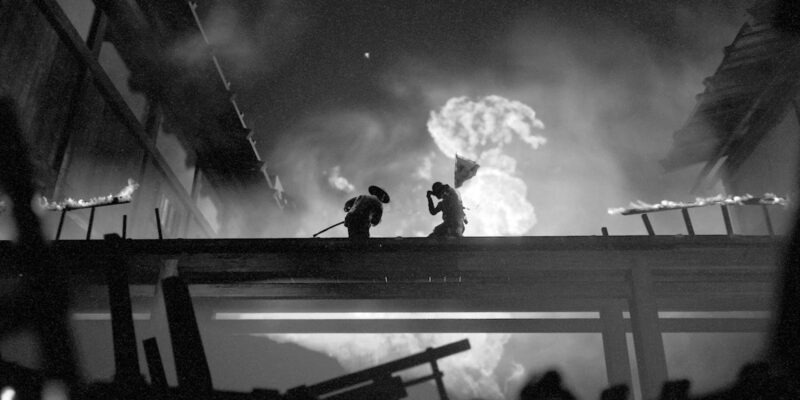 Earlier this year, publisher Devolver Digital revealed its stylish new samurai game, Trek to Yomi, during the company’s E3 showcase. The game definitely stood out compared to the publisher’s other offerings, as it boasted a distinct art style inspired by the works of renowned film director Akira Kurosawa. It depicted its feudal Japanese setting with a classic black and white filter that basked every scene and character in intense shadows, and its action seemed grounded in a way that perfectly matched its photorealistic models. Needless to say, players who saw the original trailer for Trek to Yomi became incredibly impressed by it,. Fortunately for them, Devolver Digital just published a new trailer with plenty more footage to admire.

Those who remember the original trailer may recall that it depicted the gameplay almost entirely from a side scrolling perspective. But, as this new trailer reveals, Trek to Yomi does not function as a strictly side scrolling action game, as it features numerous sections in which the player character navigates a fully three-dimensional, albeit linear, environment. Having said that, the trailer still displays its battle scenes from a purely side scrolling perspective, so it remains unclear whether the game will have players engage in combat in a three-dimensional space at any point.

A feast for the eyes

Ultimately, though, the side scrolling perspective adds a great deal of visual flair to the combat sequences, especially in one moment when two characters fight behind a traditional paper door. The action also leaves an impact thanks to its sheer gore, especially when it depicts the player character stabbing or even beheading his enemies.

Trek to Yomi continues to impress thanks to this new trailer, and it should get fans of Kurosawa even more excited to experience the game when it finally releases. The trailer did not, however, reveal any specific release date. The description still only states that the game will come out in 2022.