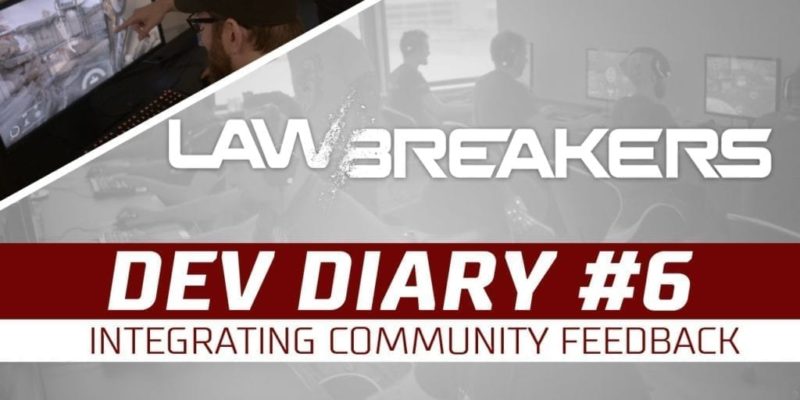 LawBreakers developer Boss Key announced the next round of the closed alpha will be from July 9 at 9 am PT to July 10 at 9 pm PT. This round of the alpha will see Promenade, a map debuted at E3, as well as the accompanying game mode “Overcharge”.

Along with the new game mode, Boss Key has changed quite a bit of the “feel” in the game based on community feedback. Here is what they’ve changed:

Boss Key decided on these changes based on community feedback, a process that they covered in the sixth developer diary for the game (which you can find below).

The alpha is closed, but Boss Key has been giving away quite a few keys. To find out how you can get yourself a key, head over here.

Hitman’s next elusive target is an identical twin