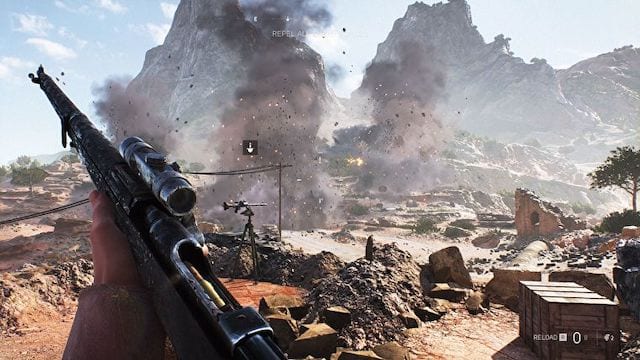 Last year’s Battlefield V did pretty well for Electronic Arts. The company continues to support that game even now with new content, including the impending War in the Pacific update. But if you wanted to know when to expect the next chapter in the franchise to arrive, well, you may be waiting a bit.

EA confirmed during its earnings report call today that the next Battlefield is a way out. It may not arrive until sometime in the fiscal year 2022. That would mean we wouldn’t get a new entry in the series until sometime after March 31, 2021.

That leaves us with a bit of a quandary concerning the 2020 holiday season, as EA doesn’t currently have anything announced for that. It previously noted that a new Star Wars Battlefront game isn’t in the works. Now, with Battlefield off the table, it leaves a rather interesting gap.

What will EA focus on instead?

EA did note that it will continue to support a number of its online-enabled games going into 2020. This includes the just-released Plants vs. Zombies: Battle For Neighborville, along with the hit game Apex Legends.

Still, this is an interesting change for the Battlefield series. EA has continuously released games in the series over the years, with bigger sequels following each time. However, Battlefield V appears to have cooled things off a bit. Despite its growing community, the game didn’t have the greatest of sales upon launch.

For the time being, though, DICE will continue to provide Battlefield V with updates. War in the Pacific is set to launch this Thursday, and we could see more expansions in 2020. As far as when the new game would arrive, the holiday season of the fiscal year 2022 is a safe bet. It would give the developer more time to make the next Battlefield even better. When the company chooses to unveil more details about its plans, we’ll be sure to let you know.

EA plans to invest even more in live services