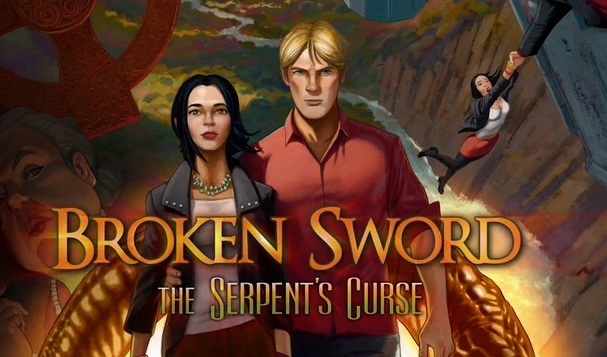 Broken Sword is coming back… so long as enough people pledge money to it on Kickstarter.

Dubbed Broken Sword: The Serpent’s Curse and developed by Revolution Software, the fifth game in the series will reunite character George Stobbart and Nico Collard and for the design team are calling “their most explosive adventure yet”. It’s being planned for release on PC, Mac iOS and Android early 2013.

Revolution is asking for pledges of between $15 and $10,000. For 15 bucks you’ll get a digital copy of the game when finished, as well as extras including director’s commentary, art work and archive videos.

If you’re feeling especially generous and want to give up $10,000 or more you’ll get a poster printed on aluminium, a “Grandmaster” jacket, lunch with the team and more.

“The process of game development has previously been remote from our fans,” says Charles Cecil, managing director, Revolution Software. “By self publishing, we now have a direct relationship with our audience – a position that we value enormously.

“We’re delighted that the latest Broken Sword title is to be the first of our adventures that we can take with our fans. By pledging support now, we’ll be going on a journey which will end when the opening credits roll – it’s going to be excellent.

“Crucially, Kickstarter support will enable us to create – for the very first time – an adventure game with total creative freedom.”