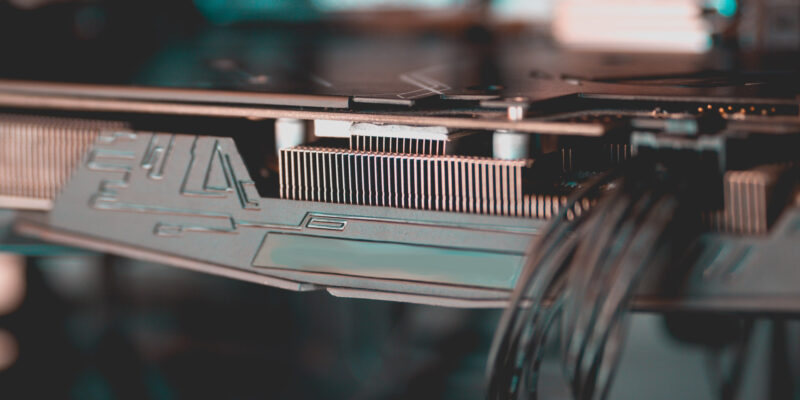 While the current generation trudges along with availability issues, industry leakers are already speculating about what could come next. The current rumors suggest both AMD and Nvidia could go all out to wrestle the performance crown from one another. Those big gains may sound exciting, but there is also talk of the flagship model graphics cards featuring ridiculous amounts of power consumption.

VideoCardz did a recent rumor roundup based upon chatter from a variety of common industry leakers. The current running assumption is that the next gen flagship models from both Nvidia and AMD could exceed 400 watts of power in order to double current generation performance. One of the mentioned sources, 3DCenter, concluded that 420-450 watts was possible for AMD’s Navi31. That’s both exciting and concerning at the same time, yet also definitely something to be skeptical about for obvious practicality reasons.

Could graphics cards really use that much power?

Under normal circumstances, we’d dismiss these rumors as unreasonable, as the designs from both Nvidia and AMD are likely far from complete at this time. Power consumption this high will also be unattractive to a variety of users due to the costs of running such graphics cards and managing all of the resulting heat. However other evidence suggests that AMD in particular could create a card that draws that much power.

Current rumors suggest AMD will use two GPU die (or tiles/chiplets) in Navi31, linked together with Infinity Cache much like how it creates its Ryzen products. As you might have already discerned, linking two die together could potentially double performance. So far, there have been many technical problems with creating graphics cards that use multiple die though. Remember the 500 watt AMD Radeon R9 295X2? It had some issues.

It came with dual liquid pumps, it was massive, and cost $1500 USD in 2014. Performance didn’t scale well either.

Aside from compatibility and performance scaling issues, the added latency created from the physical distance between the two separate die led to multi-graphics card systems going awry. However, it seems AMD is about to take another crack at this general concept, yet with a different design implementation. This is also where these rumors of massive power consumption come from, because each of those die will need to be powered.

As for Nvidia, it’s hard to say how this could be the case for a potential “4090.” Team Green’s next generation of graphics cards are expected to stick with monolithic (single die) designs. They’re also rumored to use TSMC’s 5nm manufacturing process, which is far more energy efficient that Samsung’s 8nm node used for the RTX 30 Series. It has been documented that the GDDR6X memory Nvidia included in the high end RTX 30 Series cards uses way more energy than standard GDDR6. GDDR6X could possibly show up again in the next generation of Nvidia graphics cards, but a 4090 in excess of 400 watts seems unlikely unless Nvidia creates something inefficient strictly for the sake of not being outdone by AMD. 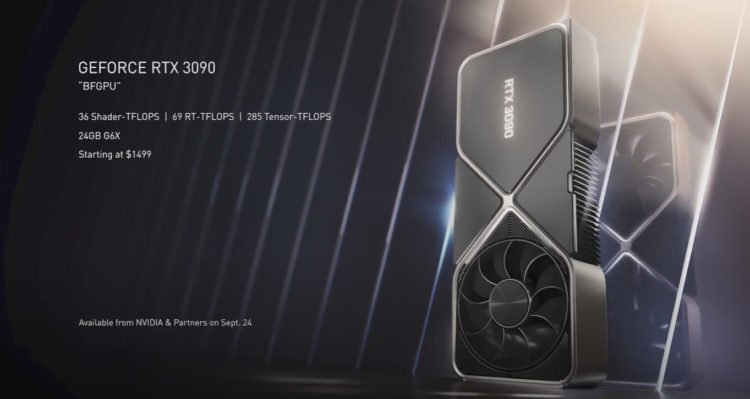 Remember that this chonker uses 350 watts and already barely fits inside a number of cases. An even more powerful graphics card might require an even bigger cooler. That’s not very practical.

As with all rumors, you should remain skeptical about the accuracy of the information. While these sources have been correct in the past, rumors this early before new generations of hardware can be inaccurate. Especially since AMD and Nvidia likely have not finalized the designs. Graphics cards with such high power consumption also would not be very practical for many consumers and would very much upset the state of California.

As for when we can expect to learn something official, AMD plans to launch RDNA 3 in 2022. You can expect Nvidia to not let that go unchallenged.