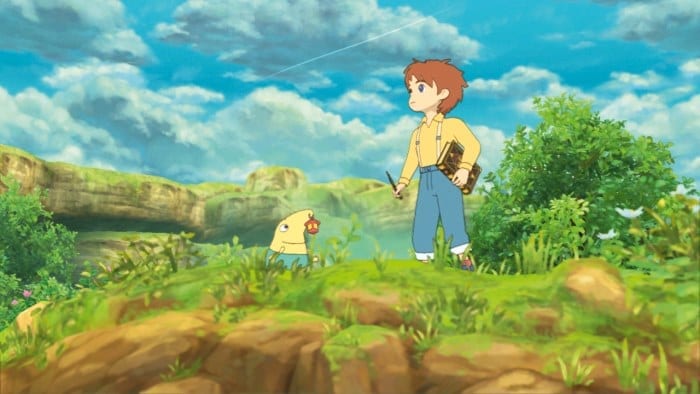 Ni No Kuni II: Revenant Kingdom has been available on Steam for more than a year. The first game, however, Ni No Kuni: Wrath of the White Witch, has remained a console exclusive. But not for long. That’s right, the original game is being remastered, and is heading to PC in only a few months. The game is also coming to Steam, and the publisher doesn’t plan on “changing anytime soon.”

The reveal was announced via Twitter by Rashed Nambro, community manager for Bandai Namco. According to him, Ni No Kuni: Wrath of the White Witch is getting all the modern spit and polish expected from a remaster. The game will be cleaned up, as well as support resolution up to 4K for PC. Despite the good news, another Twitter user asked if the “PC digital” section of the reveal trailer meant if it was coming to Steam or, well, some other platform.

Not to worry, Steam users, the game is coming out for your chosen platform. In the response, Nambro (whose name is so close to Namco it’s almost prophetic) wrote, “So far we stuck to Steam and I don’t see us changing anytime soon.”

So far we stuck to Steam and I don't see us changing anytime soon.

So, there you have it — the Ni No Kuni series will stay on the Steam store. At least, for now. Steam users who have enjoyed Revenant Kingdom will no doubt be happy to play the first game on the platform. Ni No Kuni was a gorgeous, imaginative, and somewhat melancholy game, marrying action-RPG combat and exploration to Studio Ghibli’s colorful, whimsical art style.

I have my own thoughts on the game. Honestly, I didn’t think it was perfect. The presentation of Ni No Kuni, from its visuals to music, was stellar, but I just couldn’t get into the combat. Of course, my opinion isn’t shared by all, as many people and critics were swept away by the game. Maybe, once it comes out for PC, I should give it a second chance.

Ni No Kuni: Wrath of the White Witch remastered is heading to PC via Steam on September 20.

Psychonauts 2 impressions – It’s all in your head