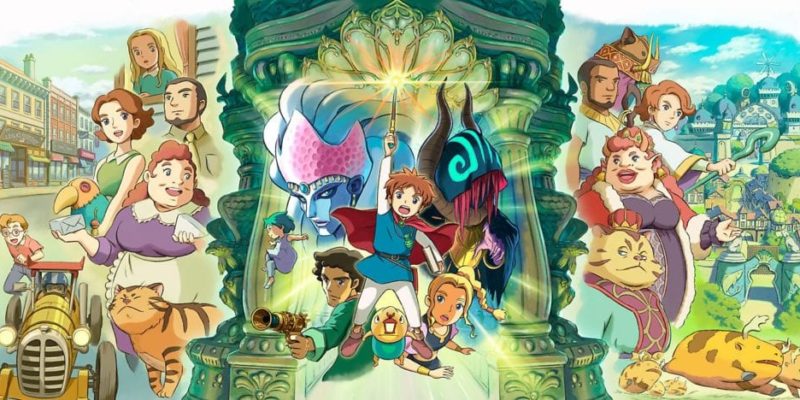 At long last, Ni no Kuni: Wrath of the White Witch is coming to PC. Announced during E3, this latest port comes to us as a “remastered” edition that touches up the visual presentation and smooths out some of the combat. It’s not a substantial leap over the PlayStation 3 original, but it’s finally available on modern platforms for everyone to enjoy.

Sporting an animation style handled by the famous Studio Ghibli, Ni no Kuni tells the story of Oliver as he sets out to save his mother from a sudden heart attack. His tears bring to life the doll she gave him, which reveals that Oliver’s mother might be one of the legendary sages from his town. It’s kind of trippy and surreal, but I like it.

Ni no Kuni was a game I had always intended to pick up but never got around to. Being a late generation PS3 title, I was kind of over sticking with Sony’s console and looking forward to what the future would bring. It’s not that the PS3 suddenly became worthless, but most releases from that era suffered from horrendous slowdown and long load times. It’s especially hard to go back to games from 2012-2014 on there because they are just plain better on newer platforms.

At least I won’t have to worry too much now. I’ve always been more of a PC gamer (hence me writing for this site), so I’m happy that Level-5 and Bandai Namco’s enchanting RPG is getting a second chance at life. It sold relatively well, from what I remember, but it should definitely move units now that it’s on PC, PS4, and Switch. The game will be available this Friday, Sept 20. You don’t have to worry about booting up the Epic launcher either, as Bandai Namco has already confirmed this will be heading to Steam. In fact, you can head over to the Steam store page for the game and wishlist/pre-order it right now if you’d like.