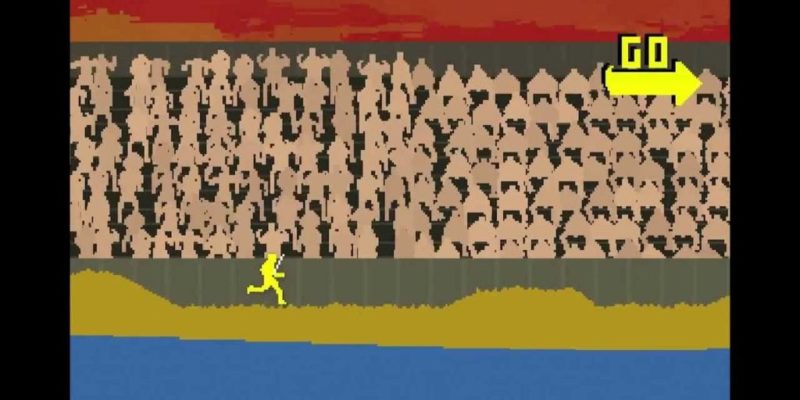 You heard the arrow, GO!

Often spotted at gaming expos and various tournaments (often clutching sizeable piles of awards,) Messhof’s Nidhogg was nonetheless turning into a bit of a creature of legend. Kind of like Duke Nukem Forever, except with the actual promise of being good.

I think I first heard about it in 2010, and it looked pretty complete even back then. But what do I know? Maybe a whole load of stick-swordsman animation frames have been painstakingly added since then. Nidhogg looks pretty much just as it always did; two swordsmen trying to get to one another’s home base, with only the risk of a pointy blade and judicious re-spawning in their way.

You know what, the release date announcement trailer will explain it just fine. Nidhogg is due on 13 January (via Steam,) for an as-yet undisclosed price. Maybe you’ll just have to duel the last person who bought it for a copy.