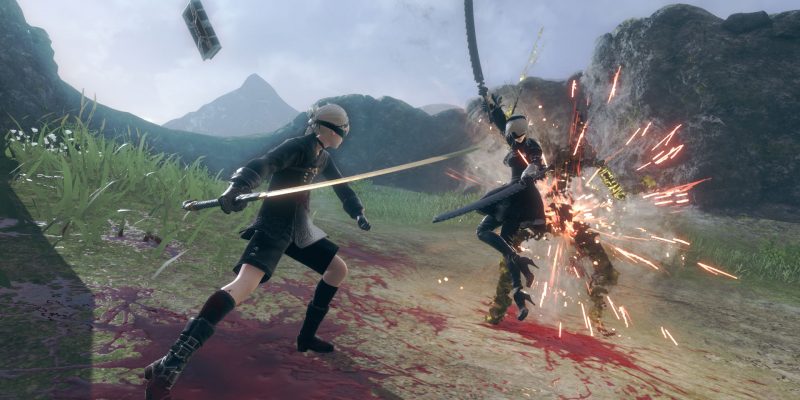 We’re less than a week away from the launch of Nier Replicant, but apparently that won’t prevent publisher Square Enix from making more announcements. Today, the publisher revealed that the game will include a host of additional goodies. Nier Replicant will get an extra episode, dungeons that never released outside of Japan, and content from the smash-hit Nier: Automata. Indeed, it’s clear someone decided there wasn’t nierly enough in the game.

Nier: Automata sure was popular, wasn’t it? The game was great, mind. However, not long after its release, we saw quite a few adaptations. Games like Soulcalibur VI, Phantasy Star Online 2, and Final Fantasy XIV all included content from the award-winning game. It only makes sense that a game bearing its namesake would also participate.

Nier Replicant includes more than just simple homages, though. After your first playthrough of the game, you’ll unlock the Automata soundtrack and replace Replicant‘s background music for a second run. Replicant will also have a downloadable “4 YoRHa” costume pack available, featuring the likes of 2B, 9S, and A2. Both 2B and 9S will be featured in the game alongside, and are both voiced by the original cast. More to do, more to see

There will also be more to play in Nier Replicant with its extra episode and dungeons. The episode, called Mermaid, includes a “wrecked ship and a little girl,” according to the release. And that’s just about it. The trailer coinciding with today’s announcement does offer a brief glimpse of Mermaid in all its sepia-toned glory. In the trailer, the text during the Mermaid segment reads: “What you see there is an invincible and mighty shade that could never be killed.” Ominous. The extra dungeons, called 15 Nightmares, were once only available to players in Japan. Finishing the dungeons unlocks additional weapons and costumes.

Nier Replicant ver.1.22474487139… will launch for PC via Steam on April 23. Though it contains content from Nier: Automata, hopefully it won’t be as buggy on release.