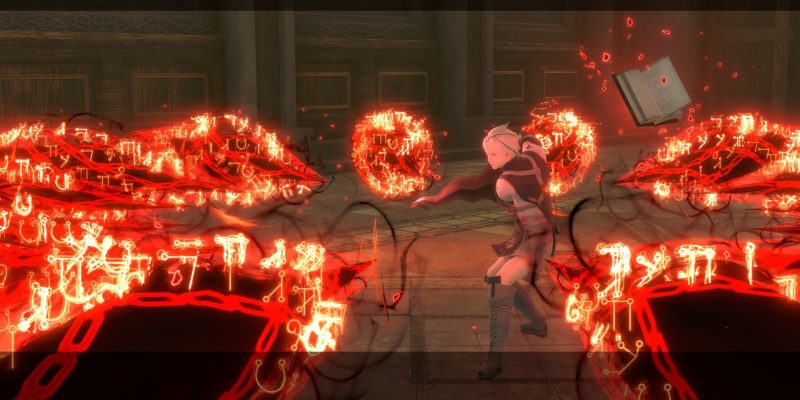 Much has been made of the poor quality of NieR Automata‘s port. Then there was a second port that didn’t actually fix most of the issues of the first one. As such, we’ve all been fairly skeptical regarding the PC port of NieR Replicant ver.1.22474487139. Oh, I am not including that number again.

While it’s better than its sequel’s port, it still has some questionable issues, such as optimization, framerate, and some missing features. Let’s take a look at the minimum and recommended specs.

Not the highest specs around, but NieR Replicant is, at its core, an 11-year-old game. The optimization for this PC port is truly underwhelming. I put time into the game in both 1440p and 4K and found the FPS to be surprisingly similar. The FPS rapidly fluctuates regardless of resolution or settings. Sometimes I can maintain around 60 FPS for a bit. Other times it’ll be in the range of 45-50. Having the game in 4K only makes a slight difference in regard to this, as it still tends to hang out in the low 40s no matter what I do. Of course, if the game can do 4K at around 45 FPS a lot of the time, there’s no reason I should continue to get such subpar performance at 1440p. NieR Replicant‘s framerate is uncapped, and the FPS does briefly go up to the high 60s, but there’s so much fluctuation that I simply can’t maintain any sort of framerate. There’s no Vsync or frame-limiting either, which is odd since others are saying that FPS above 60 can have gameplay ramifications, meaning that the game logic is tied to 60 FPS. If that’s the case, why is the framerate uncapped? I noticed a fair amount of screen-tearing as well. Our EIC is playing the game on a PS4 Pro and hasn’t noticed any, so it might have Vsync there, but not here.

There’s also an issue with the mouse pointer being visible on screen. It can be moved to the side, but doing certain things will cause it to go right back to the center. Every time I took a screenshot, the cursor would be staring back at me from the middle of my screen. Bearing all this in mind, the port is at least better than NieR Automata‘s. The resolution works fine, at least. And they included borderless this time! I didn’t notice any other major issues either. Others have mentioned a problem with their controller cutting out, but I’ve had none of that whatsoever on my end. It’s worth mentioning that, yes, Denuvo is included. But it always is with Square Enix games, isn’t it? Next up, let’s look at the graphics options. We’ve already talked about the resolution. Swapping between resolutions and modes is easy and comes without any hitches. That seems like a weak thing to praise a game for, but that’s where the bar is. There are three graphics presets, or you can use custom settings. There are five levels of texturing filtering, from off to 16. Three levels of shadows are available, as well as anti-aliasing, ambient occlusion, and reflections. There’s a “performance mode” that appears to be a renamed dynamic resolution setting, as it just changes the resolution based on demand.  The level of detail on distant geometry has three levels as well.

The included anti-aliasing doesn’t get the job done all that well. At 1440p, distant objects and foliage are quite jaggy. At 4K, of course, you might as well not have AA on at all. The settings here are far from impressive and, as I said earlier, they don’t seem to make a particularly noticeable difference in regard to NieR Replicant‘s framerate. If you’re not using a great card, expect the FPS to be poor is what I’m getting at. Or maybe it’s just AMD cards.

At least the game itself is a huge improvement from the original release. Major characters have new hair and faces, and environments have been overhauled, with new geometry to be seen. Practically everything has new textures on top of that, too, making this a much better looking game than the original. Let’s take a look at some comparison images showing the different settings. I took all of these in the starting town. You can see Devola in some! Everybody say “hi” to Devola! Super great AA as you can see. Truly outstanding work, people. I’m being sarcastic, by the way. Kind of hard to tell without the pictures full-screened, though. The AO is very clear in the top picture’s grass. And it’s obviously off in the second one. Also, pigs! See, five shots with Devola. Just like I said. The texture filtering really isn’t much to look at here, huh? Moving on. As you can see, an annoying child wandered into the frame while I was taking pictures. Thanks, kid. You made everything easier. And certainly not the exact opposite.

In my hands again

NieR Replicant has a suite of control options available. There are three presets each for single-handed play: three for right-handed users, and three for left.  Then there are custom modes for both gamepads and keyboards. These work exactly like they sound. You can go in and rebind whatever you want. But you can’t rebind “old man” to young NieR. Sorry.

There you have it. The port is overall better than when NieR Automata showed up years ago. But between the eyebrow-raising optimization issues, surprising lack of vsync, and ever-present mouse pointer, there are things to improve upon. If you’re using a powerful GPU and getting well over 60 FPS, you’re going to want to use Dxtory or something similar to keep the framerate down at certain times. But at least the resolutions actually work this time.

Smelter review — Choking on a bite from the Apple of Eden