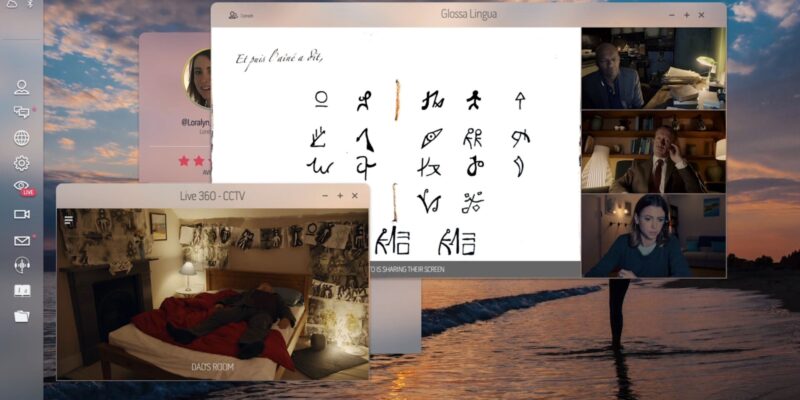 For a long time, the initials FMV were considered SOL as far as the gaming industry was concerned. It’s only been in the last handful of years, that the genre has sprung back to life. The latest addition to the genre is the goosebumps-inducing supernatural thriller, Night Book. Can this earnestly performed spookfest stand up to the scrutiny of multiple playthroughs? Or is it a volume that was better left out of print?

You know, everybody needs to indulge their inner voyeur once in a while. There’s just something about getting a glimpse into someone’s life from a distance that can be both compelling and priceless. If reality tv has taught us anything, it’s that drama = fun. Yet for some god-forsaken reason, instead of treating us to something happy or uplifting, Night Book sets out to scare everyone shitless, to varying levels of success.

You’re presented with the world, according to Loralyn. This otherwise mild-mannered online interpreter is suddenly thrust into the middle of an unholy trinity of hauntings through no fault of her own. Her fiancé, who is currently out of the country for work, has somehow incited the ire of the undead. Unfortunately, she’s the one who ends up as the recipient of the hex. The story plays out through a series of security camera feeds and video chats, which paint a bigger picture of everything going on around this unfortunate mother-to-be.

As a player, there are very few opportunities to steer Night Book’s narrative arc. Everything progresses by automatically shifting back and forth between the several security cams scattered throughout Loralyn’s home. Unfortunately, you can’t even choose the cameras being used or what feed appears in the foreground. A vast majority of the time, it feels like you’re stuck supervising the action, as opposed to making an impact on the plot. 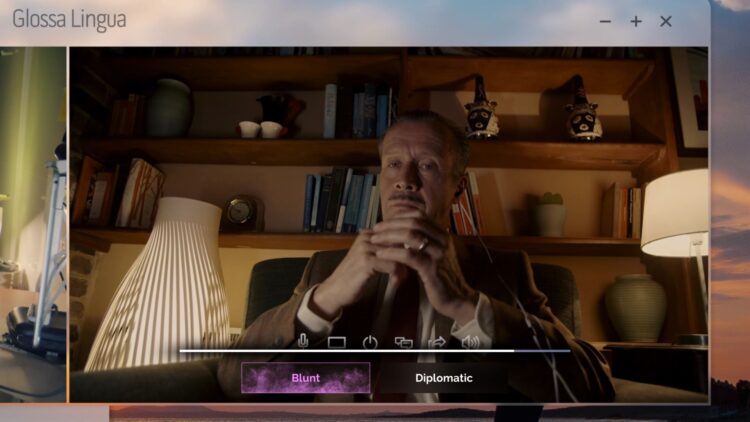 When it’s time to make judgments, they are usually fairly disappointing. These scenarios boil down to making a series of fairly binary decisions that don’t provide any hints about the potential outcome. In this respect, when you don’t even have a rough idea of how a choice can steer the story, it feels a bit like you’re being led blindly into the wilderness without a lantern. If they are going to hang you out to dry this much, the least they could’ve done was introduce more shades of gray to the subject matter.

A nice quality of life addition, however, was the new “skip ahead” feature. This quick jump allows you to hop over any scene that you’ve already watched in a previous playthrough, which drastically streamlines the replay cycle. However, while the functionality was nice, you never knew where your next decision would appear in the narrative. Honestly, Night Book needed a 15-second lead-in to each question just to glean a bit more context before a making a call.

There are rarely more than two options to choose from over the course of the campaign. When there was a rare multiple-choice situation, it occurred while conducting an investigation where up to four different options were available to research. Aside from this, everything felt unnecessarily streamlined, which in turn made the narrative options come across even more hollow after several replays. 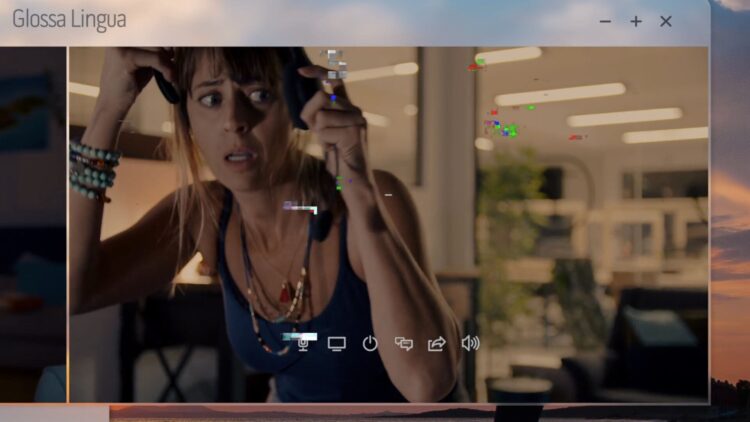 I alluded to it earlier, but in Night Book Loralyn spends her nights working as an on-call translator/interpreter. Several scenarios play out where a couple of languages are spoken simultaneously, which could prove to be somewhat overwhelming for the uninitiated. This is especially true when following the “ancient book sale” storyline. Subtitles are used rather liberally in these segments and prove to be crucial to understanding what’s going on. Despite the importance of subtitles, there was a confusing section where the English subs were missing while Loralyn was speaking in French. Sure, it was minor and the context of a discussion was easy to figure out, but it was just another example of what amounted to shoddy workmanship.

In the world of thrillers and horror, many times scribes will follow the mantra of tell, not show. Yes, I realize that’s the exact opposite of what most writing classes teach. But it’s a fantastic way to ramp up the tension without necessarily needing to raise production values or shell out for extravagant special effects. In fact, I don’t believe you ever directly see the supernatural force, firsthand. A vast majority of that conflict happens off-camera and builds towards the beast’s reveal. The problem was that there was never a pay-off to all of the continuously mounting tension. 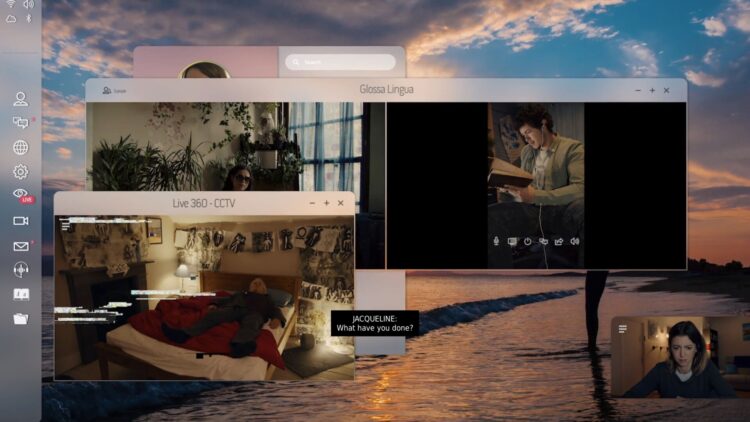 One aspect of the experience that I wasn’t necessarily expecting, was how outlandish the plot felt the more times you replay the campaign. Many of Night Book‘s issues can slide under the radar the first time around. But upon reinvestigation, holes show through like a beacon in the night. Plus, at an objective level, Loralyn’s Fiancé is a legitimately unlikable. He’s heinously self-absorbed and too caught up in his work to even care about those around him. I mean, shouldn’t he be the one punished for inciting this curse to begin with?

Although I’ve spent the majority of this review complaining about Night Book’s gameplay and core mechanics (or lack thereof), the one aspect of the experience that shines through is the acting. Each character is believable, at least to some extent, and the performances mesh well despite being recorded in total isolation. Granted, you aren’t going to see any Academy Award winners when the credits roll, but each thespian did a great job breathing life into a very odd hodgepodge of personalities. 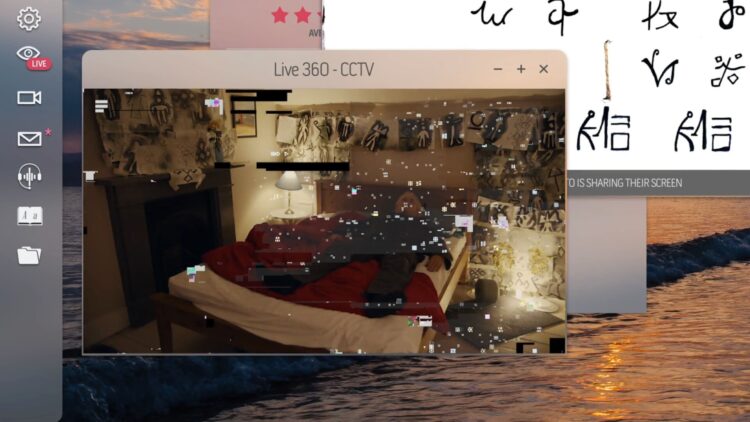 While I’ve been purposely trying to avoid too many plot points, trust that there are several different branches to the narrative that are worth seeing through to completion. On that same token, know that several potential endings are dark as bloody hell. I was legitimately shocked at where things ended in my first go-round, but that still didn’t shake the overwhelming feeling of, “that’s it?”

I hate to be that guy, but I was expecting more from Night Book. Whether it was the oddly constructed narrative, disjointed storytelling, or weird design, it feels like the game encountered a fork in the road and decided to go straight. Unless you want something that will practically play itself, your time will be better spent reading from your home library.

As much as I wanted Night Book to be good, not even FMV can salvage this otherwise lackluster experience. Despite solid acting performances from the entire cast, it isn't enough to elevate this paint-by-numbers slog to the next level. It's probably best to leave this tome on the shelf where it belongs.

Xbox Game Pass on PC getting Hades, Curse of the Dead Gods this August