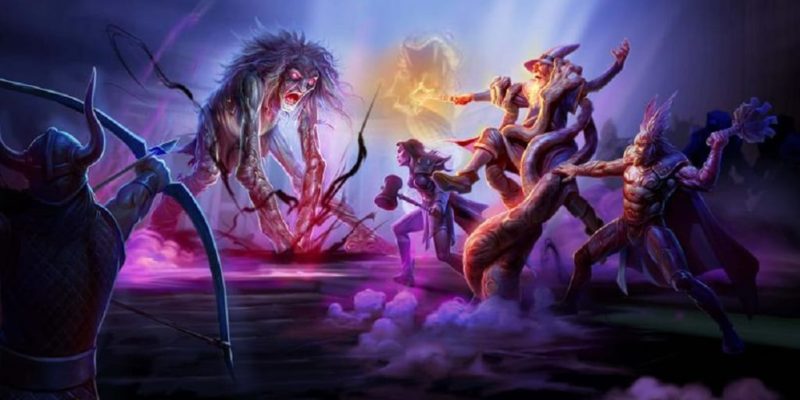 The first February update for Old School RuneScape sees a much needed new boss added to the game. Old School RuneScape‘s last major PvM update was back in July 2019. Unlike the prior update, the new Nightmare of Ashihama boss does not directly feature as part of a quest. The Nightmare was originally polled back in November but has since had several changes made to it for balance purposes.

All you need to take on The Nightmare is the completion of the Priest in Peril quest and 10,000 coins. However, given the creature’s combat level of 814, it’s best if left for more experienced players.

Reaching the Nightmare of Ashihama is as simple as entering the vampire haven of Morytania and taking a boat to Slepe, just outside of Port Phasmatys. Once you’ve arrived, head south-east to the Sisterhood Sanctuary and go inside. From there you just join any instance you like and get to work.

Unfortunately, getting a party together in Old School RuneScape can be difficult. Since no specific PvM world exists like in RS3, you’ll have to resort to clans, Reddit, and the forums to find a party. Alternatively, the Nightmare of Ashihama can be treated as a solo boss for very skilled, high-level players.

As for loot, it’s not great but the handful of signature drops arguably make up for it. The Nightmare of Ashihama’s unique drops all have a very rare drop chance. Although, the exact odds haven’t been figured out by the community yet.

The big appeal in killing The Nightmare is the new Inquisitor’s armor and weapon set that can only be gotten from it. Whilst this new tier 75 armor isn’t anything overly flashy, the Inquisitor Mace offers plenty to get excited about. This new mace acts as the crush version of the Ghrazi rapier, better known as the best all-around weapon in Old School RuneScape. Given its similarities, the Inquisitors Mace could end up being just as competitive.

As of right now, none of the Nightmare of Ashihama’s unique drops is accurately valued. As with all new bosses, it’ll take some time for the drops to settle down on the Grand Exchange. Many are going for well over a billion GP due to the initial hype so most players are going to want to wait before buying anything.