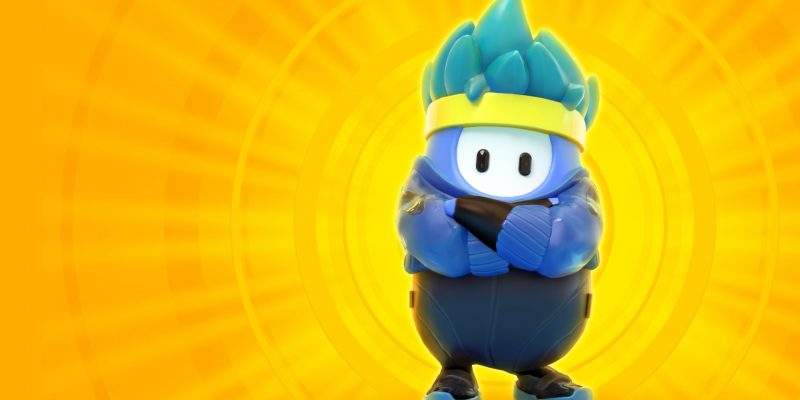 Back when Fall Guys: Ultimate Knockout was at the peak of its popularity, it held a bidding war to raise funds for gaming charity SpecialEffect. The reward for the top donation was a custom costume feature in the gameshow battle royale. The first serious bid came in at €212 (roughly $260 USD). However, the bidding ended with four brands combining to pledge $1 million USD to SpecialEffect. Instead of creating a monstrous mashup costume, Mediatonic decided to give each of the four bidders an individual skin. That commitment has now become a reality, with a Ninja Fall Guys costume being the first to release.

The other three contributors to the $1 million bid are MrBeast, G2 Esports, and Aim Lab. Each of which will still get a Fall Guys costume in the future. For their sake, hopefully, the skins come out sooner rather than later. When the pledge was declared the winner, Fall Guys was peaking at over 150,000 players per day on Steam. Now it is peaking around 25,000.

Although, you could argue that the brands already got the publicity they were after when they won the bidding war on September 1. Either way, SpecialEffect was the real winner.

The Fall Guys Ninja costume was originally supposed to cost five crowns for each of its two parts, the top and the bottom. This is the same pricing as costumes like Sonic the Hedgehog and Godzilla. However, in a surprising turn of events, Fall Guys just announced that players can purchase the Ninja costume for just one crown per part.

Fall Guys Season 3 began last week, bringing a sprinkling of wintery fun and chaos to the game show battle royale. However, it hasn’t done much to improve the player numbers. Don’t let that stop you from diving in and giving the new season a try though. There are seven new stages to stumble around in, as well as over 30 new costumes to collect. Plus, there’s now also the Fall Guys Ninja costume to show off.

Fall Guys: Ultimate Knockout is available for PC through Steam.

Cyberpunk 2077: Getting Dexter’s gun, Plan B, and saving Nix