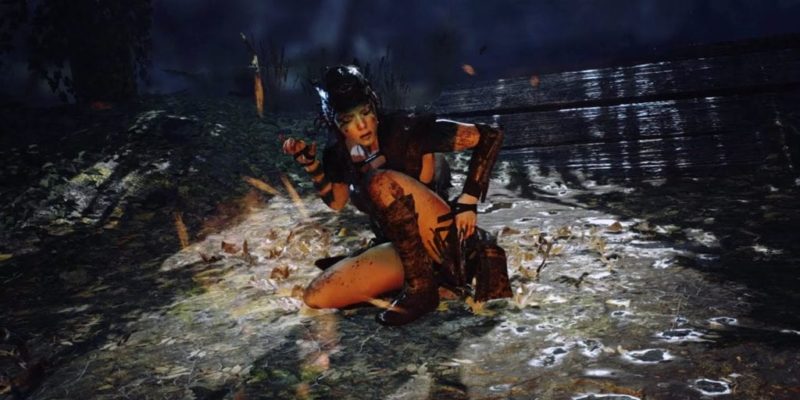 How do you create a low cost performance capture system for Hellblade? Watch Ninja Theory experimenting with objects from IKEA.

We get loads of trailers and videos sent our way each week and they’re more often than not promotional pieces, but once in a while a developer video pops up that is actually informative. This new Hellblade developer video from Ninja Theory is one such video.

Ninja Theory has been working on ways to create a low cost performance capture system using cheap hardware including umbrella wire, IKEA wardrobe poles, LED lights from Amazon, and Go-Pro cameras. Instead of filming in an expensive motion capture studio Ninja Theory cleared out their largest meeting room, rigged up cheap lighting, attached cameras around the room, created a facial filming system with a cricket helmet, and managed to come up with some really impressive results.

This video explains how they’ve managed to use this tech to experiment and then enhance their performance capture systems for their upcoming title Hellblade which is coming to the PC.

When creating an “independent AAA game” such as Hellblade you need to keep the costs down and Ninja Theory look like they’ve been working hard to create quality with a smaller budget.

Valve and Bethesda to remove paid Skyrim mods, refunds all round