The 3DS XL comes little over a year after the release of the original 3DS, making it a rather contentious and potentially irritating piece of kit for anyone who plumped for the first model. Nintendo, of course, have a history of doing this sort of thing – releasing various editions of the Game Boy and the DS.

We buy them, they keep releasing them. Simple economics.

As far as new features are concerned, the 3DS XL isn’t all that progressive. Changes are centred around the practical rather than the exciting. It’s a decision that is unlikely to get too many people who already own a 3DS queuing up in droves to hand over their cash, but the design path does mean that the changes are more than superficial and will have a lasting impact. 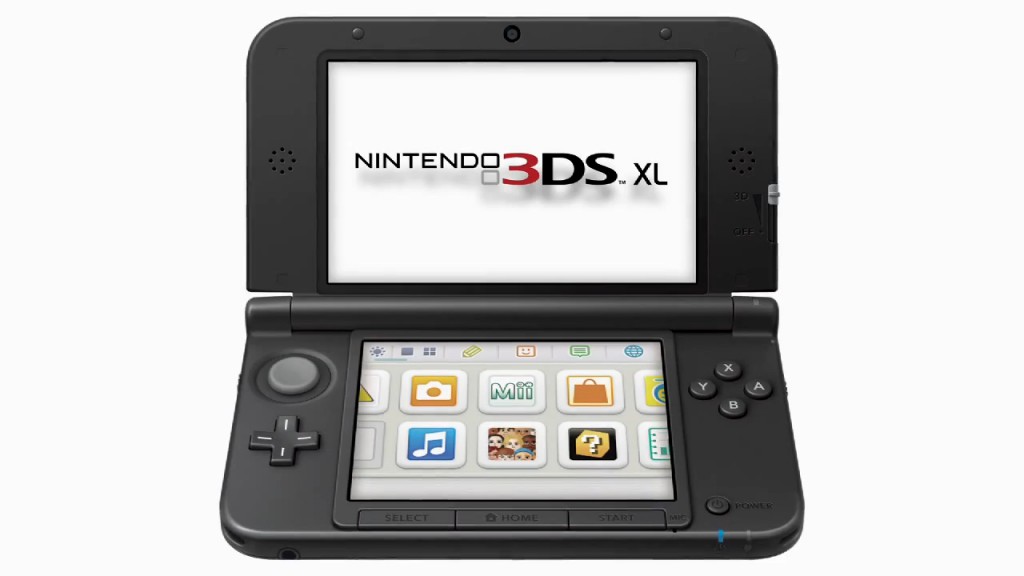 Most obvious is the new screen size, which genuinely does make playing games more entertaining and often easier. The likes of Super Street Fighter IV: 3D Edition, Kid Icarus and Resident Evil: Revelations all look improved thanks to their provision of high tempo, action-based scenes.

That’s not to say that the graphics are better, things just look bigger and in certain games have more impact. Other games don’t see the same benefit, and indeed can sometimes seem less impressive. Playing Super Mario 3D Land on the 90 per cent larger screen, for example, causes some pixelisation along the edges of the smooth, cartoon-like graphical art style. It’s not a major problem, but it does highlight the fact that bigger doesn’t always mean better.

Other changes include a longer battery life, a bigger SD card as standard (4GB, up from 2GB), increased weight and a better stylus. The stylus’s docking location has been moved to the right-hand side of the console, which is a much more natural position that makes it easier to pull in and out. Gone is the metal extendable stylus, which has been replaced by a solid plastic one that’s pretty much a larger version of the one packed with the original DS. While the metal version may look prettier, the rougher texture of the new plastic one provides a more stable grip during longer play sessions.

The increased size of the console as a whole, coupled with the added weight, means it feels more natural and comfortable to hold – especially if, like me, you’ve got rather large hands and can sometimes struggle with slighter Japanese hardware.

Thankfully, those horrible ‘buttons’ that sit along the bottom of the original 3DS’s touch screen have been replaced with proper buttons that actually have some sort of feedback to them. Now you can actually feel if the button has been pressed, removing any wonder as to whether your buttons are broken, the console is not responding or you hadn’t actually pressed it down hard enough. 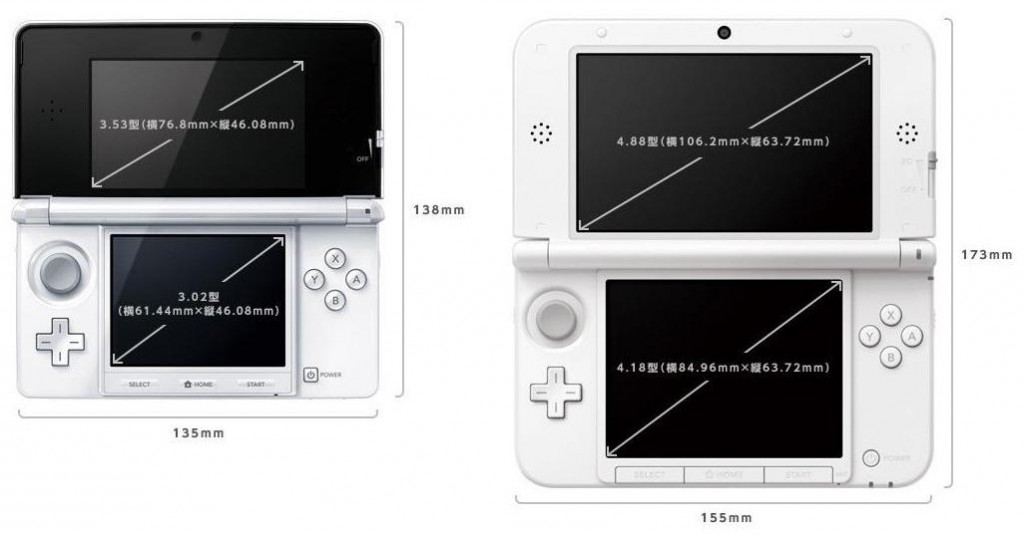 Aesthetically, the buttons and the console as a whole are also improved. Clean, curved lines replace the 3DS’s angular appearance and bring the XL in-line with the more attractive examples of Nintendo’s handheld library. It just looks and feels nicer in your hands, going back and playing the original console highlights the improvement and makes you wish Nintendo had gone for the curved, weighty feel originally.

However, there are still issues that need addressing.  Obviously, being bigger it’s not as easy to transport around with you. Putting it in a big pocket is possible but the weight is not comfortable, pulling at your clothes and, frankly, looking a bit silly. Combine the size with the fact that most people carry around a smartphone, keys and wallet (at least) in their pockets nowadays and there’s little room for something the size of a 3DS XL.

More annoyingly from a gameplay perspective is that there’s still no second analog stick, meaning Resident Evil: Revelations and Metal Gear Solid: Snake Eater 3D and others that benefit from a dual stick system are a chore to play. Sure, a second stick is difficult to incorporate because of the space it takes up on the device’s surface and under the hood, but it’s probably the most requested feature from 3DS owners and Nintendo should have figured out a way to clamp one on.

Playing the 3DS XL for a solid week, though, does highlight that it’s a better system overall. The bigger screen does lose some sharpness when playing certain games, but that’s offset by the impact and the ease on the eyes. Not having to squint to pick up on tiny details is a welcome change.

Whether or not it’s worth buying if you already own the original 3DS is a tough call. It looks and feels better, but it still doesn’t include a second stick. If it did come with the dual sticks I’d be telling you to go out and buy one now. But it doesn’t, so I’m not going to say that.

On the other hand, if you don’t already own a 3DS then this is the one you should get… until Nintendo release the next 3DS, at least.