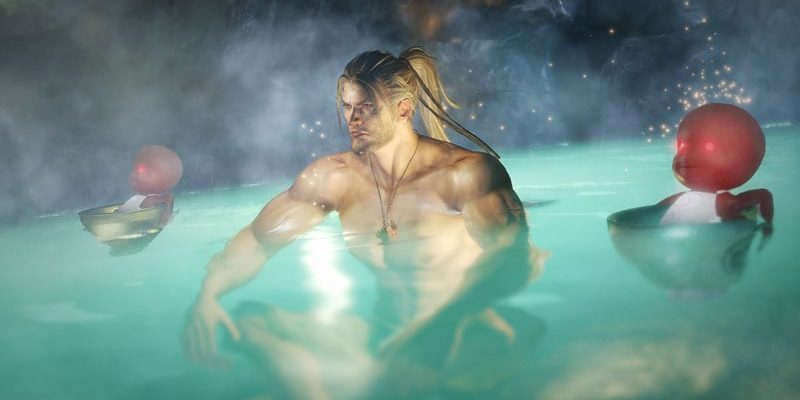 Koei Tecmo will be bringing the previously PS4 exclusive title Nioh to the PC next month. The game drew plenty of (mostly positive) comparisons to the Souls series when it was released on console earlier this year, as well as plaudits of its own.

The PC will be getting Nioh: Complete Edition, which, as the name implies, includes all three of the DLC packs released for the game to date. Dragon of the North, Defiant Honor, and Bloodshed’s End. These add scenarios, characters, new weapons, and additional guardian spirits.

Nioh is a third-person action game in which you play William, a somewhat Geralt-like blonde warrior who is travelling to the shores of Japan. He’s based (very) loosely on real life William Adams, a British sailor. Adams probably didn’t cut his way through hordes of demons though.

That’s what you’ll be doing, with an array of weapons that each have their own fighting stances and styles. From what I recall, the stances are a significant departure from the familiar Souls light/heavy attack system, giving you a whole new subset of attacks with each weapon you find. Like From’s games, though, Nioh encourages you to master the flow of combat, dodging, and when to strike. It also borrows ideas like the chance to recover resources after death if you can reach the spot of your demise.

You can expect sizeable bosses, tricky mini-bosses, and an all-around high level of difficulty too. This will be a Koei Tecmo PC port, so no guarantee on how well it might turn out. Nioh was one of their major releases this year, so you’d hope they’ll be putting in the necessary care and attention. Previous Dynasty Warriors (and similar) games have been of mixed quality, however.

Nioh: Complete Edition comes to the PC on 7 November. It already has a Steam page, and some PC specs (taken from that very same page).