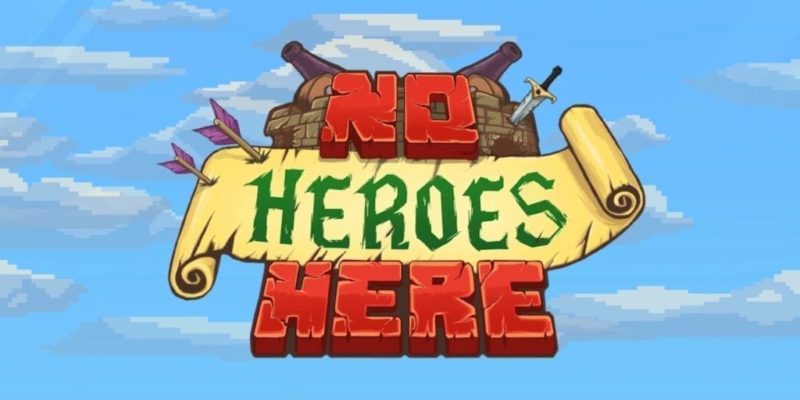 Mad Mimic Interactive, the developer of No Heroes Here, announced that their game will arrive on PC on October 3 via Steam.

In No Heroes Here, the kingdom of Noobland has become steeped in war and its heroes are nowhere to be found. Which means that you, the player, will have to cooperate in order to save the kingdom! Featuring local and online co-op options, No Heroes Here asks players to lead the charge of crafting new ammunition, firing cannons and defending the castle from each new enemy.

No Heroes Here will also include single-player mode and the game is expected to arrive on both PlayStation 4 and Nintendo Switch sometime in early 2018.

You can take a look at the most recent trailer for the title, focusing on its cooperative play and crafting elements.