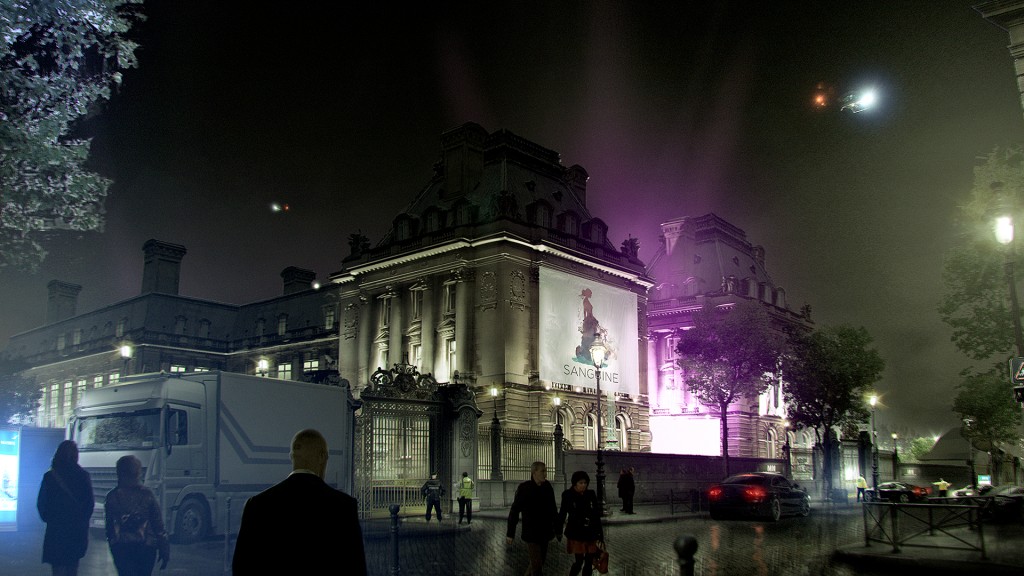 IO Interactive has put rumours of a Hitman appearance at E3 to bed with a new blog post about the next game in the series. Last time IO talked about plans for the next Hitman game (in this open letter from January,) they seemed to be making all the right noises about reversing some of the trends found in Absolution.

The latest update continues in that vein, suggesting that a building shown in new concept art (above) is “larger than any location in Hitman Absolution.” That’s just the building on its own, and IO says you’ll be able to explore the whole location “inside and out.” Hopefully without idiotic loading zones that prevent you from backtracking, eh?

It’s also noted that this upcoming Hitman will be set in Central Europe.

Regarding the hopes for an E3 appearance, the developer states that “We know the worst thing is to hope for something that doesn’t turn up; so we wanted to let you know that our next Hitman is going to be under wraps for a bit longer.”

More details are promised as the year progresses, but IO doesn’t seem in any hurry to do a “full” reveal until they’re good and ready.