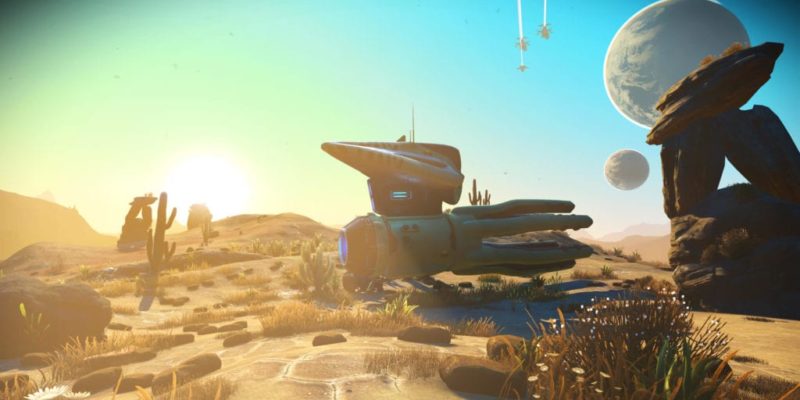 The full No Man’s Sky 1.3 update is clearly preparing for launch, as further details have leaked via a password protected page. That page (now taken down), though protected, still gave away some information through SEO and CSS data.

The SEO summary read as follows, and contains a few hints as to what to expect: “Atlas Rises, brings a brand new and overhauled central storyline, portals, a new procedural mission system, trade improvements, system economies, joint exploration and more. This update marks the one year anniversary of No Man’s Sky, and a lot has changed.”

Retrieved through HTML and CSS were further references to updated combat, interstellar trading, new ships, new worlds, an updated UI, portals (already officially confirmed), missions, and terrain editing. Joint exploring was also repeated. Some of those terms are fairly unambiguous, but it’ll probably require official patch notes to clarify exactly what “joint exploration” means. It could be the fabled appearance of some sort of multiplayer (infamously missing at launch).

Some new images from No Man’s Sky 1.3 were also recovered, the clearest of which can be seen below. Atlas Rises is expected this week, which at this point pretty much has to mean 11 August.

Update 2: The Atlas rising update has now been released. 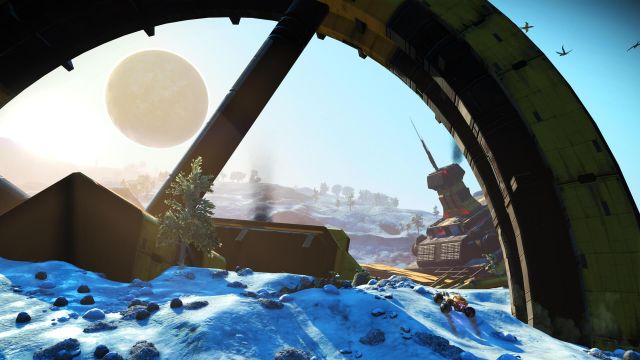