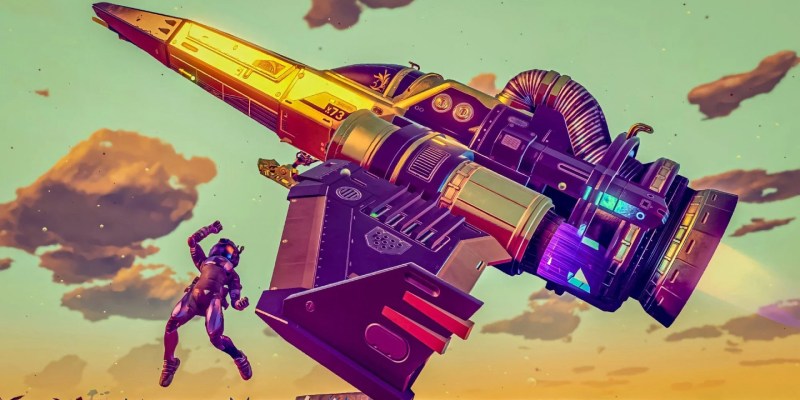 No Man’s Sky‘s second Expedition has arrived. At the end of March, developer Hello Games kicked off its new game mode with the Pioneers Expedition, which saw players travel between planets and discover new species. Now, the team has released another adventure, called Beachhead. Hello Games teased that No Man’s Sky players will discover “a journey with a very different pace” in the Beachhead Expedition.

The new Expeditions mode joins players together on one planet as they work together to complete a series of tasks and progress through the mission. Essentially, the mode gives players a new way to explore the game’s massive galaxy. No Man’s Sky splits each Expedition into phases, where each milestone brings new rewards. Those who completed the Pioneers Expedition last month received an exclusive Golden Vector ship, as well as a decal and a banner.

Hello Games didn’t reveal too much about today’s Beachhead Expedition. However, the studio did tease that it has “surprises” in store for players. “When we created Expeditions, we wanted each one to feel fresh, each one to supply its own twists and contrasts. We are very excited to explore the gameplay and stories that this new mode gives us the chance to create,” the announcement read.

No Man’s Sky players can access the Beachhead Expedition now. The studio did not reveal the Expedition’s rewards, but they will likely include a new ship and a banner, as well as new cosmetics. Check out the Expeditions trailer below.

The No Man’s Sky Beachhead Expedition patch arrived alongside a few bug fixes. For starters, the patch fixed an error in Expedition mode’s Exosuit boot sequence. Additionally, the team squashed several bugs relating to the camera, save data, and more.

All in all, these No Man’s Sky Expeditions seem to have gone over well with players. It’s an interesting twist on the game’s exploration element. Plus, the rewards in each phase certainly motivate players to keep going. There will likely be plenty more Expeditions where that came from.