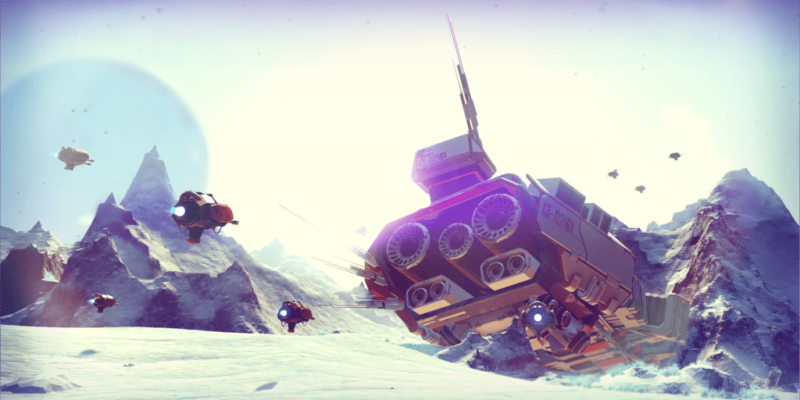 Sean Murray has been answering a few questions about No Man’s Sky as part of a Reddit ‘AMA’ session today, during which one or two useful PC details were confirmed. FOV options and an estimated time of release for the PC version were among the highlights.

Asked directly whether the PC version will get FOV options, Murray poked fun at how often he’s been asked that, saying “every time someone asks we take away one degree of field of view”. But in the same reply, he posted an image showing a snippet from No Man’s Sky’s PC options menu. The image confirms separate FOV values for on foot and in flight (it’s not really ‘cancelled’, don’t worry), as well as showing there’ll be at least one type of Anti-Aliasing (FXAA) in the game. Presumably others too, unless the arrows just toggle between FXAA and ‘Off’.

Murray confirms that Hello Games are “still here working on [the PC version] right now”, racing to put in all the extra options they want. In the same reply, he says that the best guess for the time of release on 12 August “is 6pm GMT on Friday, but we’ll keep you up to date as we get closer”.

In a follow-up comment, he relates a PC-based anecdote about a recent interview with Playboy: “I had to take a break and do an interview with Playboy (!) – and the guy was like “what are you working on when you go back downstairs?” and I was like “compatibility for ATI opengl drivers”, and he said “ummm … could you make something up. That sounds pretty nerdy”.

Finally, it’s confirmed that PS4 and PC versions of No Man’s Sky will be using different servers. “We are running a control experiment to see who names things the most juvenile things”, Murray adds. Make us proud, PC people.