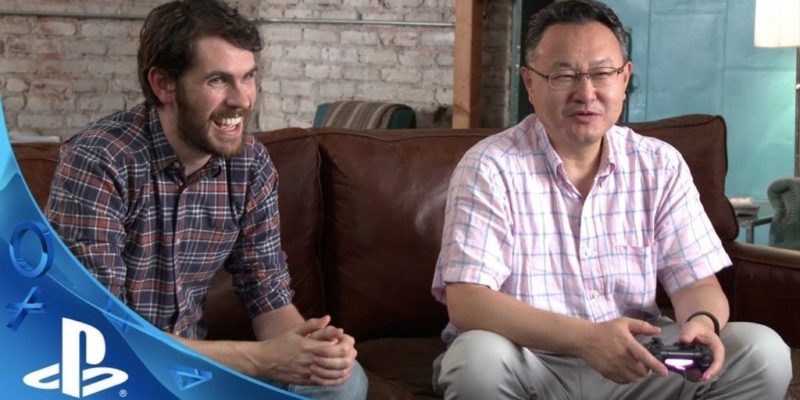 Yes, the gameplay footage and discussion in this video centers around No Man’s Sky‘s PS4 trailer. Rest assured that all you PC enthusiasts out there will be able to enjoy this seemingly endless cosmic exploration as well. As confirmed by E3 & The Sony conference, No Man’s Sky will release for both PS4 and PC simultaneously in 2016.

Here we can see Shuhei Yoshida playing No Man’s Sky with Hello Games’ Sean Murray. In an altogether too charming display, it’s painfully obvious this is more of an advertisement than an actual gameplay showcase. What we did learn more of is what players are actually meant to do in this procedurally generated space adventure. Besides shooting at some innocent “Sentries” to gain a “wanted level” on a planet and bring in the big dogs, players can “upgrade their hyperdrive” in a lengthy odyssey to reach the center of the universe. And yes that is a universe that is ever-expanding and evolving around each player as they extend their reach. From the smallest animals and plants, to the giant space-dinos all living entities in No Man’s Sky seem to progress with the player.