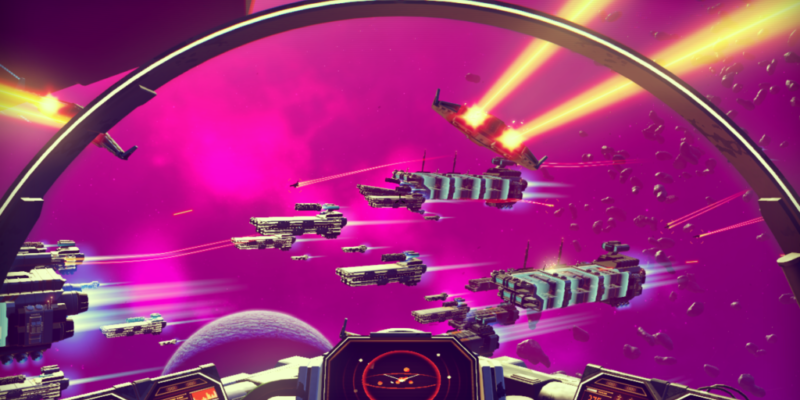 No Man’s Sky will be released in August (9th in the US, 10th in Europe), as developers Hello Games confirm that the game has ‘gone gold’. That means the discs have been sent for printing and, barring anything very unusual indeed, will now be on course for that release date next month.

Sean Murray confirmed the news through twitter earlier today, writing “It’s happened. No Man’s Sky just went gold. I’m so incredibly proud of this tiny team. 4 years of emotions.” They do all look pretty chuffed in the accompanying photo.

The space title with the vast, procedurally generated universe has been much-anticipated and much-debated since its initial reveal at the now-defunct VGX Awards. We’ll get to see whether the exploration, trade, survival and combat live up to the hype in just over one month’s time.