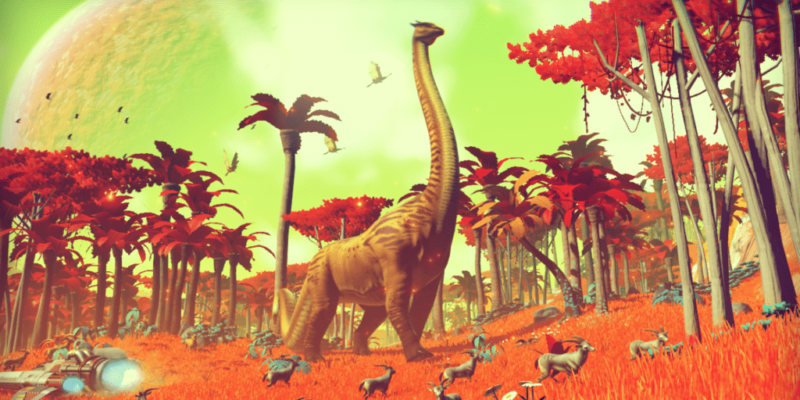 Following last night’s news that two No Man’s Sky players found each other in-game but failed to see each other as expected, Hello Games’ Sean Murray responded to the news in a series of tweets.

“Two players finding each other on a stream in the first day – that has blown my mind. We added a ‘scan for other players’ in the Galactic Map to try to encourage this happening. We wanted it to happen – but the first day?

“We want people to be aware they are in a shared universe. We added online features, and some Easter Eggs to create cool moments. We hope to see those happening… but too many of you are playing right now. More than we could have predicted.

“It is a testament to how amazing our network coders are that Discoveries are still working at all.”

What does this mean? We’re not quite sure. These are decidedly vague comments from Murray. Should players assume that because the servers are overloaded players won’t be able to see each other and features that are multiplayer are currently broken? Does “added online features” mean features are still to be added?

Players are now seeking some definitive answers to what exactly they should expect from the game and how these so-called multiplayer features actually work or don’t work.

GWENT closed beta has been delayed