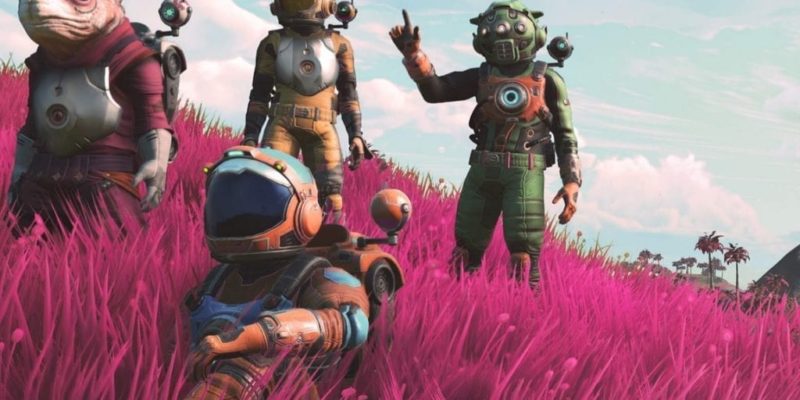 No Man’s Sky was one of the most hyped-up games in recent memory. It was also regarded as one of the biggest critical flops in the past few years. A myriad of issues plagued the game from launch, so much so that its own subreddit turned into “a hate-filled waste hole” according to one of its mods. Developers Hello Games could have promptly given up on the franchise, but they kept on working on the game. Thankfully, it’s in a much better state almost two years later thanks to the extensive No Man’s Sky NEXT update.

Although No Man’s Sky’s previous woes can never be erased, it takes a lot to continue developing something that countless players disliked. Almost two years after it launched, the game has received several updates which try to reinvigorate interest. Hello Games founder Sean Murray recently spoke openly to the community:

We always wanted No Man’s Sky to grow and develop after it released. I’m happy we’ve been able to do that.

I am so proud of the team at Hello Games, what they did was incredible. Over the years of development the average team size was 6, the final team was just 15 people at launch. No Man’s Sky has grown to be a very broad game, ambitious, technically unique and very pretty at times, all the more impressive for a team that is still small.

Whilst I couldn’t be prouder of the team, I personally made mistakes. I could talk all day about things I personally would change. Certainly one regret is that the intensity and drama of launch left no room for communication with the community.

We decided instead to focus on development rather than words. Following Foundation, Pathfinder and Atlas Rises, we really want to include you, the community, more.

Murray also thanked those who purchased and played Atlas Rises, a majority of whom rated it positively. He also hoped that one day, he’d feel that No Man’s Sky’s development is “finished.”

No Man’s Sky NEXT

The 1.5 update to No Man’s Sky, also known as the NEXT Update, enriches the game’s multiplayer aspect. After all, it’s dangerous to go out alone — one should bring as many spacefaring travellers as possible. NEXT also has events in store for players, as well as featuring near-unlimited base building. Other notable additions are the ability to play in 1st or 3rd-person mode, freighter and player customization, reworks to crafting, and a graphical overhaul.

Perhaps the most anticipated inclusion for the update is the Galactic Atlas, a website made for the community which will show points-of-interest, hubs, and more events. The Galactic Atlas will grow and expand in terms of functionality, all based on player activities and feedback.

All this news has been met with met with acclaim from players — the dedicated ones who stayed, newcomers, and even returning ones. In the past 24 hours since No Man’s Sky NEXT went live, the player count jumped from around 2,000 to almost 42,000!

The Steam reviews have also been positive for the most part. And yes, if you wish to jump in and see what the NEXT update is all about, No Man’s Sky is 50% off on Steam until July 28.