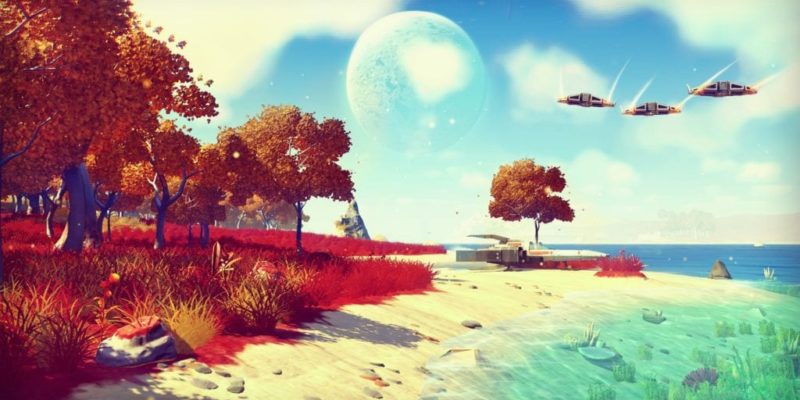 The No Man’s Sky patch has been released by Hello Games today which adds a whole load of features to the game.

Points to note in this update include the addition of a new game modes:

Base building has also been added so players can make their mark on a planet by creating their own “homestead”. These can be expanded, decorated, and alien lifeforms can be recruited to carry out research. Players can teleport to the base using Terminus Teleporters at space stations. These based can also be deconstructed and all resources will be refunded.

Farming is now also a thing:

Large freighters can now also be purchased and customised. These can store resources and also be used for trading.

Hello Games are calling this the ‘Foundation Update’ and it will be the first of “many” free updates as the studios attempt to make No Man’s Sky more of a game. Sean Murray posted on Twitter, “If you could have lived our lives over the last months, you’d know how meaningful this is.”

It’s just as meaningful to players who wanted to see most of this in the original No Man’s Sky release. Good news though but whether it will entice players back remains to be seen. After all, we know what’s not at the centre of the No Man’s Sky universe.