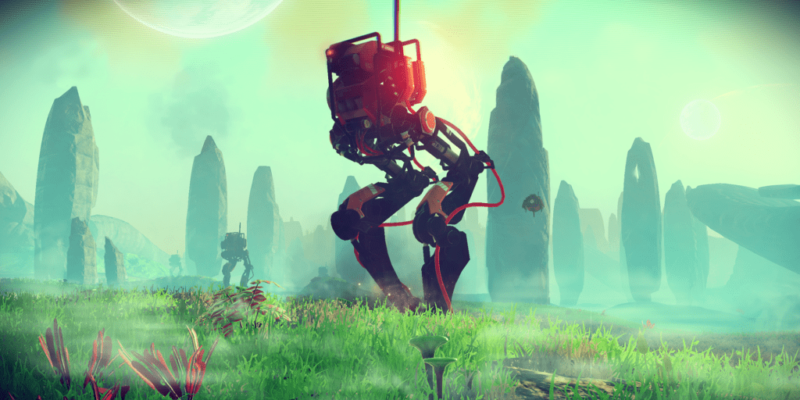 The is it, isn’t it debate over whether No Man’s Sky would release later on PC than the PS4 can now be put to rest; Sean Murray has confirmed the date as 12 August worldwide. Prior to today, Steam in the US was still showing the PC date as 9 August. Today, it’s listed as the 12th.

“PC NMS release will now be global and will be August 12th worldwide. It’s so important we get it right and make the best version we can,” Murray says in a tweet from earlier today. Adding (in a separate one), “There are reasons we have to be tight lipped at times. I’m sorry for the confusion caused”.

Hello Games’ inability to absolutely confirm the worldwide PC release date until now (the “reasons” referred to above) may be boring bureaucratic and/or legal parameters due to No Man’s Sky being a Sony-published ‘console exclusive’ on PS4. By way of explanation as to why the release dates are different on PS4 and PC, Murray offers this: “We think a global release is best for everyone on PC. Retail forces us to be staggered on PS4.”

In yet another tweet from Murray, there’s some indication that the PC version is getting some specific love. “I’m here tonight adding support for 21:9 monitors. We don’t even have one. I’ve stuck some cardboard to the side of mine,” he says.

There’s even a bit more clarification about PC review copies. The word there is “If you are a reviewer/streamer on PC, we’ll be setting up a keymailer for you. We’d love you to play as soon as it’s ready. BUT NOT BEFORE.”

In other NMS news, Hello Games will be wiping the servers for launch.

EDF 4.1 gets Time of the Mutants Mission Pack DLC for PC on Monday